The First Century: A Brief History of the Department of Music at Columbia University 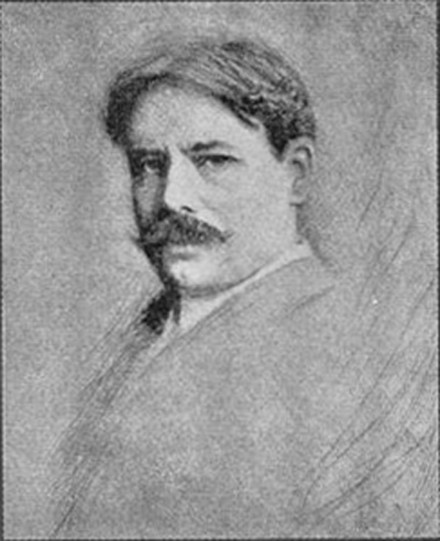 The Department of Music at Columbia is one of the oldest and most distinguished at any American university. It was founded in 1896 by Edward MacDowell (1860-1908). Although MacDowell remained at Columbia for only eight years, his remarkable vision for the place of music in a liberal arts institution still influences us today, as we pursue a 21st century vision for music scholarship, performance, and education.

MacDowell saw a dual role for musical education at Columbia, and accordingly he divided the earliest courses into two groups: general musical culture and technical training. The legacy of the former group includes Music Humanities, part of Columbia’s Core Curriculum since the 1940’s (and still going strong), as well as the many courses in Western and non-Western repertories offered today for students from all disciplines. The technical courses organized by MacDowell have their successors today in the rich undergraduate and graduate curricula in music history, music theory, ethnomusicology, and composition. Musical performance was also an important part of MacDowell’s original conception: he founded the Columbia University Orchestra in the year of his arrival, and it remains the oldest continuously operating orchestra in America.

Across the first half century MacDowell was succeeded as head of the Department by such educators as Daniel Gregory Mason and Douglas Moore. Graduate instruction focussed initially on musical composition, which for the quarter century after World War II was taught principally by Otto Luening. In the 1930’s, Paul Henry Lang was brought to Columbia to start a Ph.D. program in historical musicology, one of the first in the country. With the arrival of William Mitchell in 1941, Columbia established itself as a leading research center in music theory. In the 1950’s, Willard Rhodes, who worked with the United States Bureau of Indian Affairs, became the first professor of ethnomusicology. A small sampling of other notable events or personages of this period at Columbia might include: the presence of Béla Bartók doing pioneering work on Eastern European folk music; the founding of the earliest active center for electronic music in the United States; the establishment of a workshop that premiered many American operas; and the creation of the nation’s first (and still the most prestigious) musicology journal edited and published by graduate students, Current Musicology.

Entering its next century, the Music Department maintains and has even expanded its disciplinary depth and diversity. Our placement rate for PhD/DMA alumni/ae ranks among the best in the discipline, and we increasingly place those students in positions outside of music departments. We have recently partnered with the School of the Arts to add a new MFA program (and new faculty) in Sound Arts. Our faculty and students continue to regularly win the most coveted fellowships and awards, from such agencies or organizations as the Guggenheim Foundation, Fulbright, the NEA, the NSF, the Social Science Research Council, the NEH, ASCAP, the Ford Foundation, the Whiting Foundation, DDRA, PEO, and the American Academy in Rome, among many others.

The number of undergraduates majoring or concentrating in music at Columbia has grown substantially over the past decade, including growing numbers in our Jazz Concentration and Barnard Ethnomusicology Special Major tracks. Music Humanities continues to attract nearly 700 students every semester.  More than half the many students who take our rich offering of electives and our basic music theory sequence are majors in other departments. Each year the Department’s Music Performance Program enables hundreds of students to receive academic credit for lessons and chamber ensembles, including jazz; their teachers are among the best musicians in New York. The CU Orchestra remains one of the top such ensembles in the US. Columbia has also broadened musical opportunities for its students through an innovative exchange program with the Juilliard School; qualified students at either institution can enroll for courses or lessons for credit at the other.

We invite you to explore the history of the Department through the Columbia University Libraries' centennial web exhibition:

Music at Columbia: The First 100 Years