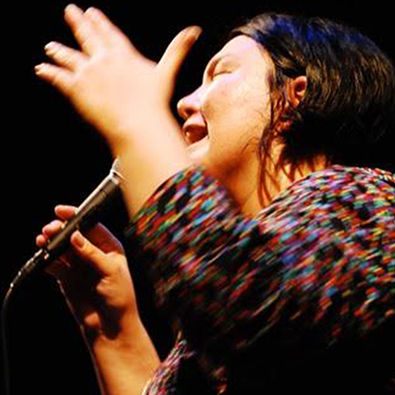 The Music Department is offering a wide range of elective courses this semester.
For the entire listing, please see Directory of Classes. 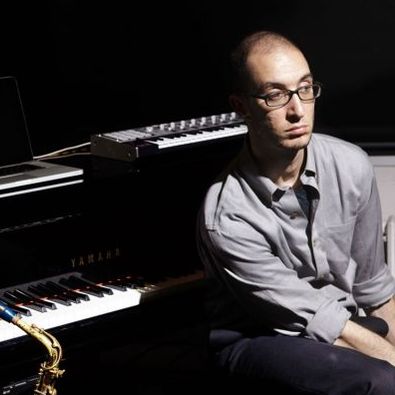 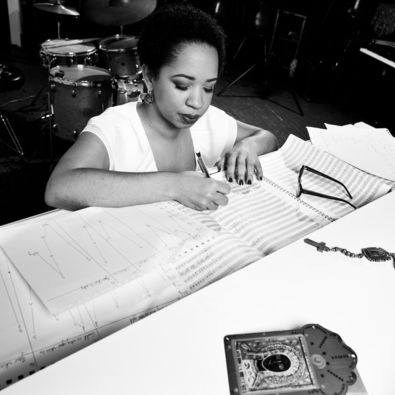 Read the interview with Courtney Bryan (DMA, Composition, 2014) about the première of "The Dream Unfinished." 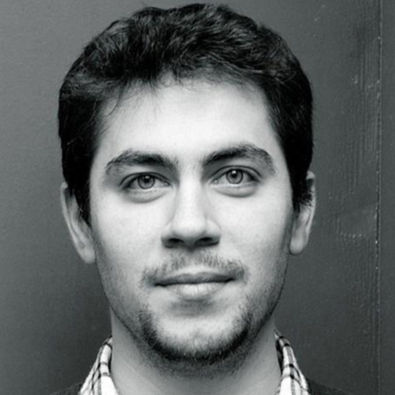 Columbia Composition DMA student Stylianos Dimou's piece "my grounding | surrounding [it]_self / h_I. v.2" (2015-2016) for one percussionist and electronics has been awarded First Prize at the Concorso Internazionale di Composizione “Amici della Musica di Cagliari” 2016. The piece will be performed in Cagliari on the 28th of September. 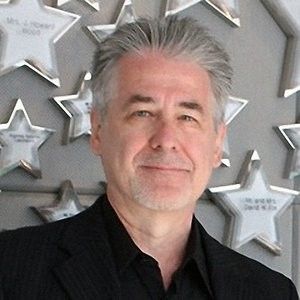 DMA alumnus Jeff Talman has been awarded a New York Foundation for the Arts (NYFA) Fellowship in Music and Sound. Less than 4% of applicants to the award receive it - congratulations for this very prestigious fellowship, Dr. Talman! More information can be found on NYFA's website, here. 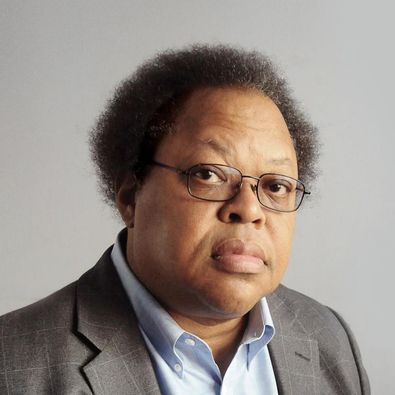 Professor George Lewis was elected as a Corresponding Fellow of the British Academy on July 15, 2016: http://www.britac.ac.uk/users/professor-george-lewis Congratulations, Professor Lewis! 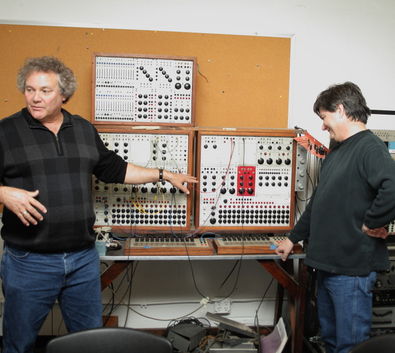 The Computer Music Center was awarded a faculty grant for their Massive Open Online Course (MOOC), History of Music Production Techniques, which will be taught by Terry Pender. Congratulations, CMC! 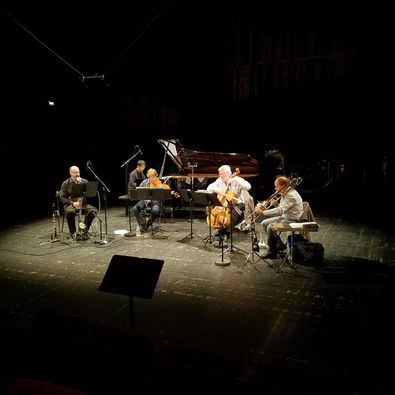 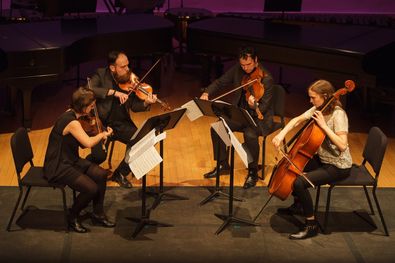 Admission is free and on a first come, first served basis. Check out more information about the concert here on Miller Theater's website. 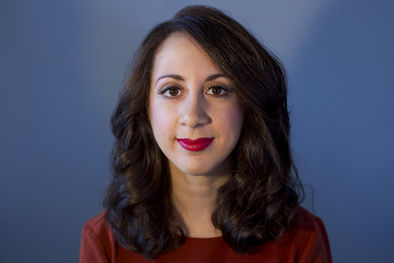 This summer, pieces by Mary Kouyoumdjian, current DMA student in composition, will be premiered and/or performed by a number of ensembles, including Hotel Elefant, the Brooklyn Youth Chorus, and the Kronos Quartet.

On June 9 at 7pm, her work Become Who I Am, presented by the New York Philharmonic, will be performed at Lincoln Center by the Brooklyn Youth Chorus along with the contemporary ensemble Hotel Elefant. Later this summer, Mary will be in residence at the Mizzou International Composers Festival, where the ensemble Alarm Will Sound will premiere her work Paper Pianos.

Also taking place this summer: the Kronos Quartet will perform Mary's piece Bombs of Beirut in Poland and will give the Bay Area premiere of Silent Cranes at Cal Performances. This spring, the Kronos Quartet performed Bombs of Beirut and an arrangement of Mary's piece Groung [Crane] in the UK and Canada, receiving a very favorable review by The Guardian.

Mary has also received support from the Brooklyn Youth Chorus' MAP Fund, and a piece of hers will be featured in the Chorus' 25th anniversary season in 2016-2017. 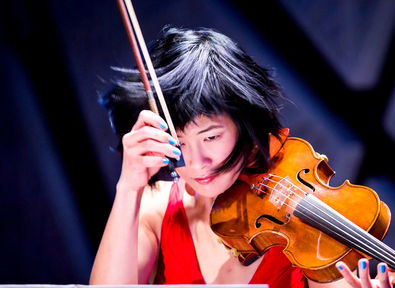 Professor Zosha Di Castri's piece "Patina" for solo violin, commissioned by Jenny Koh for the concert "Shared Madness" that took place at the National Sawdust on May 31, was reviewed by Corinna da Fonseca-Wallheim for the New York Times: "Zosha Di Castri's 'Patina' wove contemporary preoccupations -- with microtonal shadings and the relation of music to noise -- in a score tense with wild fluctuations in temperament."

Here is the full text of the review. 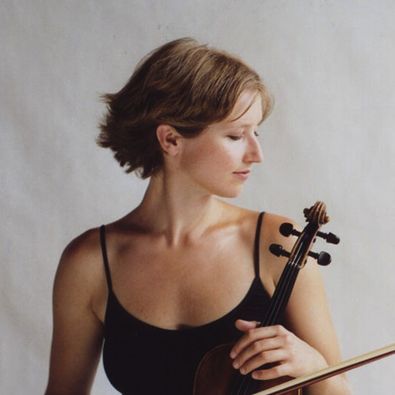 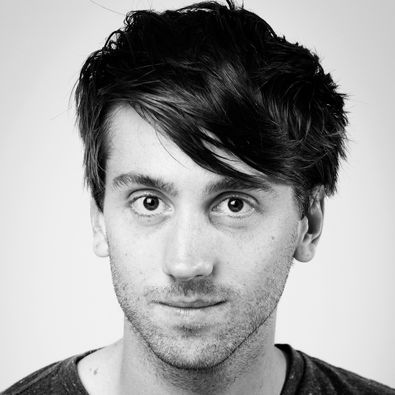 The awards were presented at a private ceremony held on May 16, 2016, at the J. W. Marriott Essex House Hotel in New York City. More information about the award, the ceremony, and David are available in the BMI Foundation's press release. Congratulations, David! 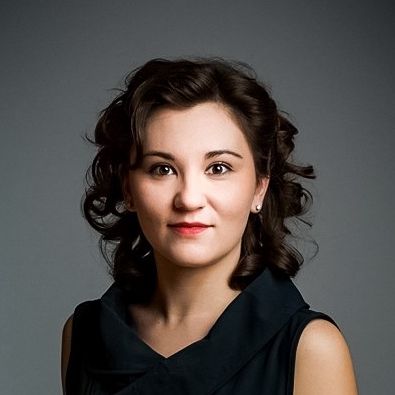 Nina C. Young, a fifth-year DMA student in composition, has been appointed Assistant Professor in the Department of the Arts at Rensselaer Polytechnic Institute starting this fall. 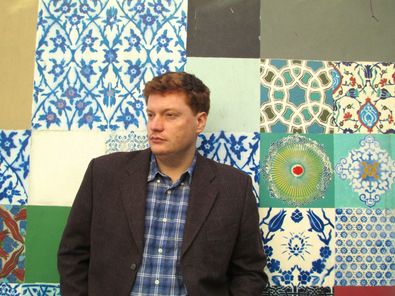 The Department of Music warmly congratulates DMA candidate Christopher Trapani who has been awarded a 2016-17 Rome Prize from the American Academy in Rome.

The Rome Prize is "awarded to about thirty emerging artists and scholars who represent the highest standard of excellence and who are in the early or middle stages of their working lives." Mr. Trapani is the second Columbia DMA student to win the Rome Prize in as many years.

Learn more about Mr. Trapani and his music at:

Christopher’s music synthesizes disparate influences, weaving both American and European stylistic strands into a personal aesthetic that defies easy classification. Snippets of Delta Blues, Appalachian folk, dance band foxtrots, and Turkish makam can be heard alongside spectral swells and meandering canons. As in Christopher’s hometown of New Orleans, diverse traditions coexist and intermingle, swirled into a rich melting pot. Consonance is a central preoccupation; microtonality and just intonation are often employed. Timbral explorations are also manifold, from experiments with a wide range of mutes and preparations to an unusual instrumentarium, with scorings that call for electric guitar, dulcimer, qanûn, stroh violin, and retuned autoharps. Several of Christopher’s compositions bear the mark of his training in literature, influenced by novelists and poets including Thomas Pynchon, Geoff Dyer, and C. P. Cavafy. Many recent works also incorporate an idiosyncratic use of electronics, expanding the possibilities of color, pitch, and timing beyond the acoustic realm.

Christopher is currently based in New York City, where he has worked on a doctorate at Columbia University, studying with Tristan Murail, Georg Friedrich Haas, Fred Lerdahl, and George Lewis.

Christopher is the winner of the 2016 Rome Prize, as well as the 2007 Gaudeamus Prize, the first American in over 30 years to win the international young composers’ award. Other recent honors include an award from the American Academy of Arts and Letters (2015), a nomination for a British Composers Award (2014), and a grant from the French-American Cultural Exchange (FACE) towards a new piece for ICE and Ensemble L’Itinéraire. He has also won the Julius F. Ježek Prize (2013), three Morton Gould Young Composers Awards from ASCAP (2005, 2006, and the Leo Kaplan Award in 2009), and a BMI Student Composer Award (2006). His scores have been performed by ICTUS, Ensemble Modern, the Nouvel Ensemble Moderne, Nieuw Ensemble, Asko Ensemble, Ensemble L’Itinéraire, Ensemble Orchestral Contemporain, Ensemble Mosaik, Talea Ensemble, Argento Ensemble, Wet Ink, Earplay, Yarn/Wire, Atlas Ensemble, pianists Sergey Schepkin and Marilyn Nonken, and the American Composers Orchestra.

tIn March 2011, Christopher was featured in a portrait concert on the Philharmonia Orchestra’s Music of Today series at the Royal Festival Hall in London. His music has also been programmed in international festivals such as the Venice Biennale, Ultraschall Festival in Berlin, Musica Nova Helsinki, and IRCAM’s festival Agora. He has held residencies at Copland House (New York), Récollets (Paris), and Cité Internationale des Arts (Paris), and was a 2013-15 fellow at Akademie Schloss Solitude (Stuttgart).

Recent and upcoming projects include a commission for the Quatuor Béla and GRAME in Lyon, a new orchestral work for the BBC Scottish Symphony Orchestra, a commission for orchestra and electronics (IRCAM) for the Orchestre Philharmonique de Radio France and Festival Présences 2015, and a new work for Ensemble Modern for the 2015 cresc… Biennial for Modern Music in Frankfurt. 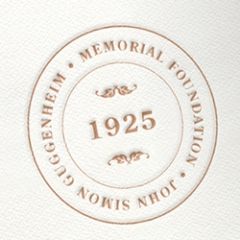 The John Simon Guggenheim Memorial Foundation has awarded 175 Fellowships this year, three of whom are Composition DMA alumni from our very own department:

Congratulations to all three composers on their well-deserved fellowships!

On April 7, Professor Zosha Di Castri's piece "Near Mute Force," a setting of an adapted text by Rivka Galchen, for two sopranos, viola, piano, and drumset, commissioned by the Women's Musical Club of Toronto, will be premiered in Dannthology, a concert featuring violist Steven Dann taking place in Toronto. Read the Toronto Star's write-up about the upcoming concert here.