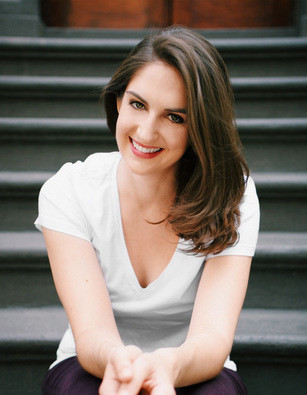 Anne Adele Levitsky is a scholar and musician living in New York City. She is a graduate of Stanford University and earned her PhD in Historical Musicology from Columbia University in May 2018. She is a Lecturer at Columbia for the 2018-2019 academic year, and has also taught at Stony Brook University. As an academic, she is interested in medieval vernacular song and Old French and Occitan poetry and narrative literature. Her dissertation investigates the relationship between song, the act of singing, and the making of personhood in the medieval vernacular lyric poetry of the troubadours, offering a thorough study of the genesis of the relationship between songs and bodies and suggesting a new interpretation of the ways in which a song's body demonstrates the fluidity of bodily and gender boundaries during the 12th and 13th centuries. She supplements this academic interest in vernacular song with a love of performance, and has studied  and performed lyric poetry with the Narbonne-based Troubadours Art Ensemble, and recorded troubadour and trouvère songs both with the group and as a soloist.

She performs regularly in the New York area with professional chamber ensemble GHOSTLIGHT Chorus, singing an eclectic mix of repertoire from the 15th to the 21st centuries (including a June 2013 performance with the Rolling Stones in Washington, DC). In addition to her choral performances, she studies voice privately in the city. Dr. Levitsky has also served as the director of the Collegium Musicum, one of Columbia University's leading choral ensembles.

Degrees from Other Institutions:
BA
Music with a double concentration in History and Theory, and Performance; Minor in Medieval Studies
Stanford University
2011