Director of Academic Administration and Finance
In Memoriam 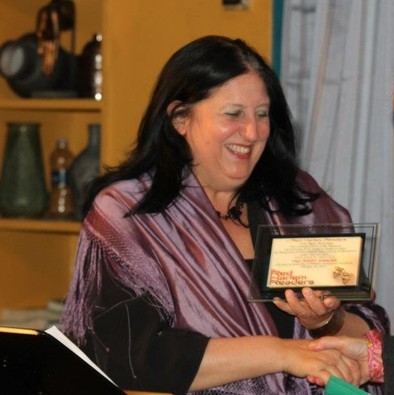 Anne Marie Gefell, 62, passed away peacefully at her home in New York City on September 2nd, 2017. She was born in Rochester, New York, and was a lifelong summer resident of Thousand Island Park, New York. The beloved daughter of Robert H. and Margaret Keegan Gefell, Ann was a 1973 graduate of Bishop Kearney High School, Rochester. She earned a BA degree in 1976, and an Honor’s degree in Social Behavior from Queens University in Kingston, Ontario, Canada, in 1978. Ann was employed for more than twenty years at Columbia University. She began her career in the Center for Oral History, and most recently served as the Director of Academic Administration and Finance in the Music Department. She was formerly employed with the Migrant Education Program, the Halfway House of Jefferson County, Cornell University, and Jones Day Law Firm. Ann helped coordinate the Red Harlem Readers Literary Group and sang soprano in the Choir of Ascension Church for many years. Ann was passionate about social justice and environmental issues. In the 1980’s, she rowed 150 miles down the St. Lawrence River to draw awareness to its damaged eco-system. Also, she was a founding member of Save the River, and actively served on its Board of Directors for 11 years. Ann chronicled and presented several oral history pieces about her beloved River and surrounding communities. She remained an avid swimmer throughout her life, and she always shared her deep affection for her siblings, their spouses, and her nieces and nephews. Ann is survived by her five siblings, Joan (Jeremiah) Donovan, Groton, NY; Claire Gefell Duffy, Cazenovia, NY; Robert (Rita) Gefell, Richard (Michele) Gefell, and Renee (Mark) Waterbury, all of Watertown, NY; 14 nieces and nephews; and six grand-nieces and nephews.