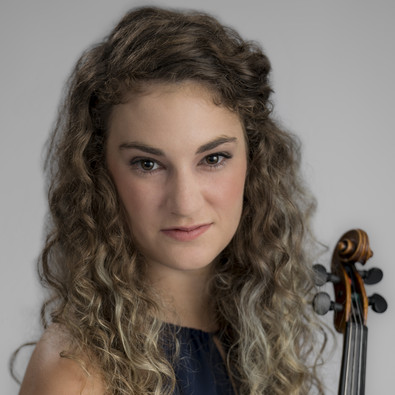 Anya Wilkening is a PhD Candidate in Historical Musicology at Columbia University. Her research focuses on new analytic approaches to musical borrowing in the Medieval era; her dissertation, entitled "Degrees of Separation: Intermusicality and Intertextuality in Medieval Monophonic Song," is in progress under the guidance of Susan Boynton. Most recently, Anya presented her work at the 2022 Vagantes Conference on Medieval Studies, where she received one of three Vagantes Paper Prizes. Her work has been supported by the Professor Howard J. Serwer Family Fund as well as the Baier Endowed Fellowship. At Columbia, Anya has taught “Masterpieces of Western Music” as part of the undergraduate core curriculum, for which she received the 2022 Core Preceptor Award for Teaching Excellence. In the upcoming academic year, Anya will serve as a Lead Teaching Fellow through the Center for Teaching and Learning.

Anya is also a violinist, and holds a Master’s and Bachelor’s of Music from the Shepherd School of Music, where she studied with Paul Kantor. She has performed widely across the United States and Europe, from New York’s Carnegie Hall to the Musikverein in Vienna. An avid chamber musician, Anya has studied and performed at the Aspen Music Festival and School (2018), the Robert Mann String Quartet Seminar (2017 & 2018), and Strings Music Festival (2017). She also served as a Da Camera Young Artist, performing and teaching throughout Houston as both a soloist and chamber musician. Anya performs on a 1761 Florentine violin made by Lorenzo and Tomaso Carcassi.

Anya is deeply committed to public musicology, and currently serves as the scholar-in-residence for the Geneva Music Festival, providing pre-concert lectures, program notes, and educational outreach. She has also developed educational programs for a number of other organizations, including the Youth Philharmonic Orchestra at New England Conservatory, the Baroque Chamber Orchestra of Colorado and Strings Music Festival. In 2020, she was invited to give a guest pre-concert lecture at St. Olaf College as part of Artaria String Quartet’s “BTVN2020” initiative. Anya served as the Arts & Culture assistant at Houston Public Media from 2016-2018,, where she wrote and produced a weekly show (“Music in the Making”), web articles, and interviews focusing on the local arts scene.