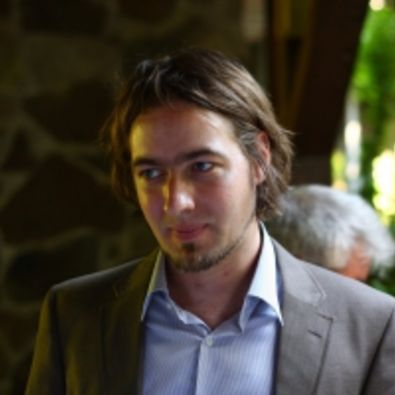 Dr. Bothwell was previously a Music Humanities Core Lecturer at Columbia University and Adjunct Professor of Music History at the Juilliard School. He completed his PhD in Musicology in 2013 at Columbia, with a dissertation entitled "Song, State, Sawa: Music and Political Radio between the US and Syria.”

Dr. Bothwell has presented his research at numerous national and international conferences, including gatherings of the American Musicological Society, the Society for Ethnomusicology, the Middle East Studies Association, and the Society for American Music, and in invited lectures at Boston College, NYU's Kevorkian Center for Near Eastern Studies, and Harvard University. Dr. Bothwell recently contributed a chapter to the volume The Soundtrack of Conflict: The Role of Music in Radio Broadcasting in Wartime and in Conflict Situations, and is writing a book on popular music and transnational radio in Syria and Lebanon.

He recently published “Sonic Consumerism and Audience Manufacture in US Music Broadcasts to the Middle East,” in The Soundtrack of Conflict: The Role of Music in Radio Broadcasting in Wartime and in Conflict Situations (Göttingen, 2013).