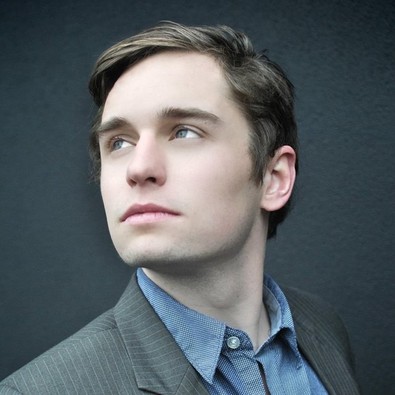 Originally hailing from New Zealand, Callum Blackmore studied a BMus in composition and classical voice, and a BMus(Hons) in musicology with first-class honours at the University of Auckland. While studying in New Zealand, he received a Senior Scholar Award for academic achievement in the Creative Arts and Industries, an Arts Blues Award for services to the music community, and a University of Auckland Summer Research Scholarship to undertake research into music and film. He was also awarded the Drake Medal, the highest accolade for musicological writing at the University of Auckland, for his dissertation on Stockhausen’s Licht.

In 2017, Callum was awarded the Pettman Dare Fellowship, which allowed him to undertake postgraduate research into opera, community engagement, and cultural policy in conjunction with the University of Leeds, Opera North, and New Zealand Opera. While based at Opera North, Callum worked on setting up a music outreach programme for the retired community in Huddersfield, before laying the groundwork for a similar life-long learning programme at New Zealand Opera.