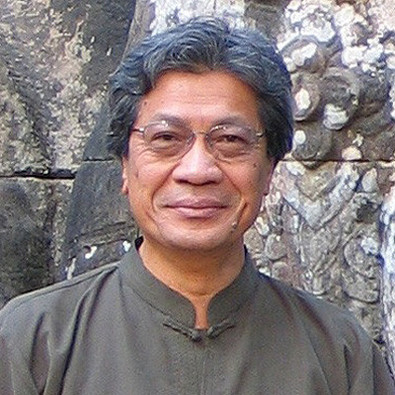 Born in Cambodia in 1942, Chinary Ung came to the US in 1964 and received a Bachelor's and Master's degree in clarinet and conducting from the Manhattan School of Music. He later studied with Chou Wen-chung and received a DMA in composition from Columbia University in 1974. Dr. Ung has been Professor of Composition at The University of California at San Diego since 1995, but he has previously taught at Northern Illinois University, Connecticut College, The University of Pennsylvania, and Arizona State University.

Dr. Ung's work has been honored by multiple institutions, including The Academy of Arts and Letters, Meet the Composer/Reader’s Digest Commissioning Program, The National Endowment for the Arts, and the Guggenheim, Koussevitsky, Ford, Rockefeller and Barlow Foundations. In 1989, Ung was the first American to receive the international Grawemeyer Award for his orchestral tone poem Inner Voices. Many chamber ensembles have commissioned and performed Ung’s works, and he has received performances by the Philadelphia, Louisville, Pittsburgh, and National Symphonies as well as the American Composers Orchestra and the symphonies of Tokyo, Sydney, and Basel, Switzerland. Ung is a scholar on the traditional music of Cambodia and Southeast Asia and lectures widely across the country and abroad on both his native music and his compoitions. He is the founder and President of The Khmer Studies Institute which has sponsored publications, videotapes, as well as several recordings put out on the Folkways label. Ung has had compositions recorded on the CRI, New World, and Argo labels. His most recent works include Rising Light, a large work for double choruses, piano, soloists and orchestra and commissioned by the International Festival-Institute at Round Top, Texas; and Radiant Samadhi, a choral work for the Tokyo Philharmonic Chorus.