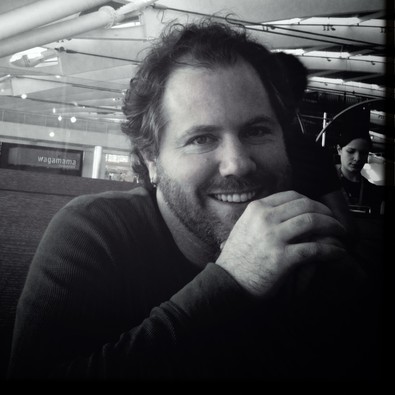 Damon Holzborn (DMA, Composition, 2013) is a Brooklyn-based musician, new media artist, and software developer. As a musician, he is an improviser and composer who works primarily with electronics. In performance he uses custom software, traditional effects, and interactive processes. Holzborn has long relied on instruments that he develops for use in his own compositions and performances, creating software that produces dynamic instruments that are particularly effective for improvisational performance. In addition to instruments he creates for his own work, he collaborates with other artists to produce custom technology for use in performances and installations. Previous work includes software or hardware for George Lewis, Eric Metcalfe, Miya Masaoka, Hans Fjellestad, and Duane Pitre.

Holzborn has presented his work in the US, Mexico, Canada, Europe and Japan, performing as a solo artist and with several ensembles, including Donkey – a decades-long collaboration with musician/filmmaker Hans Fjellestad. He has performed and/or recorded with Muhal Richard Abrams, George Lewis, Miya Masaoka, Sparks (Peter Evans and Tom Blancarte), Lê Quan Ninh, Eugene Chadbourne, Mike Keneally, and Nortec Collective. He also composes for dance and theater, having worked with Sean Griffin, Bruce Andrews, Alicia Marván, and dance collective Lower Left.

He was a founding member of the Trummerflora Collective (1999-2009), a group whose aim was to create a fertile, varied, self-sustaining environment for experimental and improvised music. He was co-creator of Zu Casa (1997-2013), an online guide for experimental music once named one of the top 25 essential online music resources by The Wire. (Bio courtesy of Damon Holzborn's website).