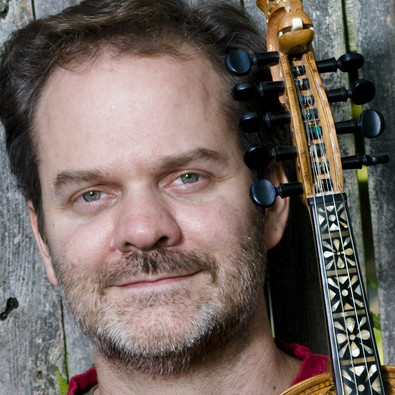 Dan Trueman is a composer, fiddler, and electronic musician. He began studying violin at the age of 4, and decades later, after a chance encounter, fell in love with the Norwegian Hardanger fiddle, an instrument and tradition that has deeply affected all of his work, whether as a fiddler, a composer, or musical explorer.

His explorations have ranged from the oldest to the newest technologies; Dan co-founded the Princeton Laptop Orchestra, the first ensemble of its size and kind that has led to the formation of similarly inspired ensembles across the world, from Oslo to Dublin, to Stanford and Bangkok. Dan's compositional work reflects this complex and broad range of activities, exploring rhythmic connections between traditional dance music and machines, for instance, or engaging with the unusual phrasing, tuning and ornamentation of the traditional Norwegian music while trying to discover new music that is singularly inspired by, and only possible with, new digital instruments that he designs and constructs. His tools of the trade are the first-of-its-kind Hardanger d'Amore fiddle by Salve Hakedal (played with a beautiful baroque bow by Michel Jamonneau), and the ChucK music programming language by Ge Wang.

Dan's work has been recognized by fellowships, grants, commissions, and awards from the Guggenheim Foundation, the Barlow Endowment, the Bessies, the Fulbright Commission, the American Composers Forum, the American Council of Learned Societies, Meet the Composer, among others. He is Professor of Music and Director of the Princeton Sound Kitchen at Princeton University, where he teaches counterpoint, electronic music, and composition.

Dan Trueman: Man Out of Time