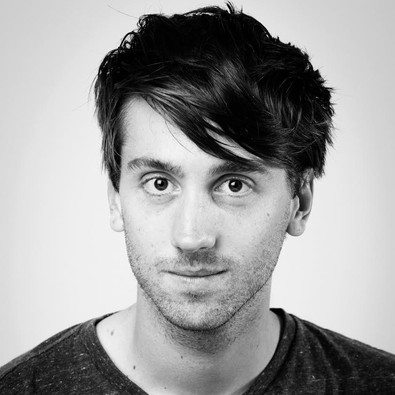 David Bird is a composer and multimedia artist based in New York City. He is a graduate of the Oberlin Conservatory of Music and currently studies composition at Columbia University. His work explores the dramatic potential of electroacoustic and mixed media environments, often highlighting the relationships between technology and the individual. His work has been performed internationally, at venues and festivals such as the MATA festival in New York City; the Gaudeamus Festival in Utrecht, Netherlands; the Wien Modern Festival in Vienna, Austria; the SPOR festival in Aarhus, Denmark; the IRCAM Manifeste Festival in Paris, France; and the Festival Mixtur in Barcelona, Spain. He has composed and collaborated with groups like the Ensemble Intercontemporain, the Jack Quartet, the Bozzini Quartet, Yarn/Wire, the Talea Ensemble, Mantra Percussion, the Mivos Quartet, the Austrian Ensemble for Contemporary Music (OENM), AUDITIVVOKAL Dresden, Ensemble Proton Bern, Loadbang, the TAK Ensemble, Ensemble Moto Perpetuo, and the Nouveau Classical Project. David is a founding member of the New York-based chamber ensemble TAK, and an artistic director with Qubit New Music, a non-profit group that curates and produces experimental music events in New York City.