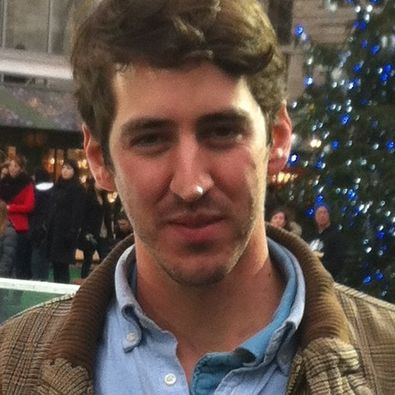 David Gutkin, Lecturer in Music and Fellow at Columbia's Society of Fellows in the Humanities, is a scholar of American and European music from the early twentieth century through the present. He received his PhD in historical musicology from Columbia University in 2015. His research focuses on European and American music from the early twentieth century through the present, with an emphasis on technologies of mediating music (from notation to television), processes of canon formation, temporal dimensions of historical memory, and the role of sound in the constitution of national identity. Repertories of particular interest include opera and music theater, experimental improvisation and free jazz, various –isms of postwar composition (serialism, minimalism, spectralism), and American popular music of the last four decades.

David’s dissertation, “American Opera, Jazz, and Historical Consciousness, 1924-1994,” explores antinomies of historical representation and national memory attending the resurgence of opera in the United States since the 1970s. David has published articles on Robert Ashley's television operas in The Opera Quarterly, graphic notation in Perspectives of New Music, and ludic theory in the edited volume Notation in Creative Processes. He also edited a special issue of Current Musicology featuring "Experimental Writing About Music."  In 2013 he joined his former New England Conservatory classmate and trombonist extraordinaire, Dan Blacksberg, to "sonify" the Pew Center for Arts and Heritage in Philadelphia.

A full C.V. can be found here.