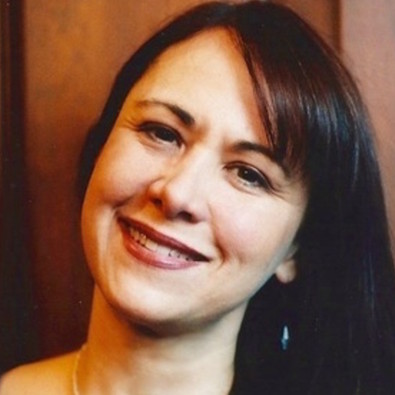 Deborah Bradley-Kramer Ph.D, a graduate of New York University and the European Mozart Academy, is Lecturer in Music at Columbia University and was Director of Columbia’s Music Performance Program from 1999-2013. She is Lecturer in Music at The Juilliard School, where she teaches courses in Music History, performance, and World Music, most recently collaborating with members of YoYo Ma’s Silk Road Ensemble in a course about music along that fabled trade route.

She is a founding member, Director of Music Performance, and Head of School of https://museacademybk.com/ a Pre-K-12 independent school set to open in Fall, 2018. Located next door to BAM in in the cultural hub of Brooklyn, MUSE is dedicated to integrating a diverse and intense arts curriculum within a rigorous academic program. (Read more about MUSE by clicking here.) Ms. Bradley-Kramer is currently engaged in a capital and creative campaign to establish a state of the art performance facility focusing on new music, dance, and theatre which will be part of MUSE  Academy and the Brooklyn Music School.

She is founder and pianist of The Moebius Ensemble, a group dedicated to championing American music and works of emerging composers in America and beyond, and SPEAKmusic, a collective of Columbia and Juilliard musicians and faculty who are dedicated to enlivening the world of classical music through innovative programming and interactive audience experiences. Moebius has been the recipient of numerous grants and awards, including Copland, Koussevitzky, Trust for Mutual Understanding and Arts International grants to fund several tours of Eastern Europe. They have presented European premieres of Martin Bresnick, Duncan Neilson, Aaron Kernis, Fred Lerdahl, Jonathan Kramer, Sebastian Currier, Bruce Adolphe, Morton Feldman, Paul Schoenfield, and Lou Harrison among many others.

Ms. Bradley-Kramer began teaching in Columbia’s Department of Music in 1999, presenting courses that range from Music Humanities, to electives in Russian and Jewish Music, Piano Literature, and Duo-Piano. A dedicated pedagogue and nominee for Columbia’s ‘Great Teacher Award’, she has given talks on American contemporary music, postmodern performance, and contemporary Russian Music at The Juilliard School, New York University’s Jordan Center for the Advanced Study of Russian, Moscow Conservatory, St. Petersburg Conservatory, Jerusalem Rubin Academy of Music and Dance, Taipei National School of the Arts, Chulalongkorn University, Royal Irish Conservatory of Music; she also gave a talk on the importance and evolving nature of Columbia’s Core Curriculum at the United Nations.  She has contributed to several radio and film projects on classical music for WWFM, WKCR, NDTV (Chinese TV station), and on a documentary about legendary Czech harpsichordist Zuzana Ruzickova for Getzel Gordon Productions, winner of several  documentary awards in 2017 and 2018.

Recently, she gave invited papers at College Music Society Conferences (Northeast and Southern Chapters) and at the International Society for the Study of Time at University of Edinburgh. Her interest in music pedagogy has taken her around the world, most recently to Lapland where she took part in several conferences on Finnish education, and spent time observing teaching practices in four highly rated schools in Northern Finland.

Her solo piano performances range from Baroque music and improvisation, to contemporary music, including premieres of compositions written for her by composers Boris Tishchenko, Duncan Neilson, Jonathan Kramer, and Chason Goldschmitz among others.  In 2016 with Daedalus Quartet and SPEAKmusic, she gave performances at the 92nd Street Y's new SoundSpace series, the Roerich Museum, Klavierhaus, Czech Center of New York, The 1812 Salon in Philadelphia, and at Columbia’s Harriman Institute. Ms. Bradley-Kramer will present a series of concerts in 2019 which pair fugues of Bach with those of Shostakovich, Slonimsky and works of contemporary composers in a postmodern soundscape. In Spring 2016 with the Daedalus Quartet and members of SPEAKmusic, she premiered the works Jacob Weinberg, pioneering member of the Russian Society for Jewish Folk Music (1908-1919) at the 92nd Street Y.  She also gave concert-lectures on contemporary piano music at Chopin University of Music in Warsaw, Łódź Academy of Music, Academy of Performing Arts of Music in Prague, Royal Irish Conservatory, the United Nations, Hartt School of Music, University of Chicago, and College Music Society.

In 2012 she formed SPEAKmusic, a collective of Columbia and Juilliard musicians and composers who are dedicated to opening the world of classical music – especially that of contemporary composers -  to audiences young and old. Equally dedicated to outreach, they have performed at local schools, for TimeIn NY, and toured Poland in 2016 as part of Musica Moderna offering a concert program titled “An American Menagerie.” She and SPEAKmusic performers recently improvised to1920s Czech and American silent films, and engaged with music from the USCB wax cylinder audio archive at the Czech Center. In 2020, they will embark on a series of projects with young musicians and faculty of the Kenya Conservatoire and students within the El Sistema program located outside of Nairobi. SPEAKmusic will donate instruments to the orchestra of the Kenya Conservatory, and through various creative collaborative enterprises, stimulate awareness for local environmental causes.

In 2019, she will inaugurate a unique concert series with Sujatri Reisinger at Klavierhaus, featuring works of young musicians and composers, and collaborate on an interdisciplinary music and art series at The Centre for The Future in Slavonice, Czech Republic.