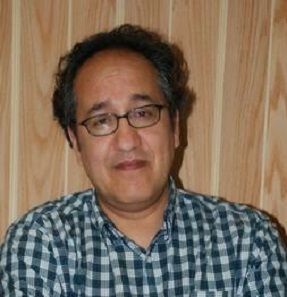 In the earlier stages of his career, Ecuadorian-born composer Diego Luzuriaga was known for his concert pieces influenced by European spectral music; more recently, he has turned to the rhythmic and modal musical traditions of the Andes for his inspiration, often combining the two approaches. Large part of his output has been vocal music (song cycles, cantatas, an opera), including popular songs drawing from the rich songwriting traditions of Latin America. He has composed an array of chamber music pieces, and his Responsorio (an orchestral movement of Liturgia) has been performed often in the USA by major orchestras as part of  "Caminos del Inka" a concert program championed by Texas-based conductor Miguel Harth-Bedoya. He has also contributed film scores to Camilo Luzuriaga's films.Born in Loja, Ecuador, into a family of twelve children, Luzuriaga studied at the Quito National Conservatory and Ecuador Central University, then at the Paris Ecole Normale, and later at Manhattan School of Music and Columbia University in New York. In Ecuador, he was involved in the studying, performing, and recording of native Andean folk music and Latin American music.He has received commissions from international ensembles and orchestras, including the Tokyo Philharmonic Orchestra, the Ensemble Intercontemporain and Ensemble Itineraire of Paris, Ensemble Pro Musica Nipponia, and the Nishikawa Ensemble of Japan, the Nieuw Ensemble of Amsterdam, Ensemble Aventure of Freiburg, the Ecuadorian National Symphony, the Loja Symphony Orchestra, the Robert Aitken and Aurele Nicolet flute duo, Cuarteto Latinoamericano, Vocalessence of Minneapolis, Sucre National Theatre of Ecuador, and Quintet of Americas.He has received several international awards, including, in 1993, the Guggenheim Fellowship.  His opera Manuela y Bolivar - the first ever Ecuadorian opera to be performed - received critical acclaim when it premiered in Quito, Ecuador in November 2006.Bio courtesy of his website.