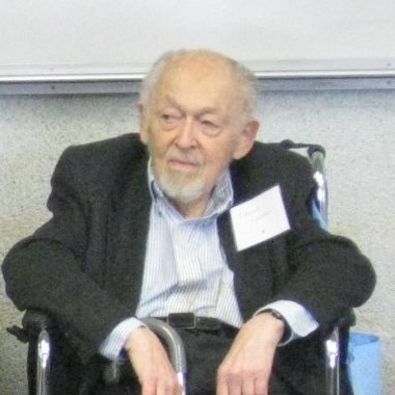 One of the pioneering American scholars on the philosophy and aesthetics of music, Edward Lippman (1920-2010) taught at Columbia for 35 years. He earned his PhD at Columbia in 1952 with a dissertation on music and space. He joined the faculty in 1954 and was appointed professor in 1969; he retired in 1989.  At Columbia, Prof. Lippman trained several generations of scholars.  Among his dissertation advisees who went on to major careers in musicology were James McKinnon, Charlotte Cross, Patricia Carpenter, Jamie Croy Kassler, Jane Fulcher, Rose Rosengard Subotnik, and Christopher Gibbs.

Prof. Lippman’s book Musical Thought in Ancient Greece (1964) is an important exposition of Greek philosophy of music and one of the few compilations of this size and scope in English.  Prof. Lippman also wrote on 19th-century Romanticism, particularly the music and writings of Schumann and Wagner.  Two of his most important later publications were Musical Aesthetics: a Historical Reader (1986) and A History of Western Musical Aesthetics (1992).

‘The Place of Music in the System of Liberal Arts’, Aspects of Medieval and Renaissance Music: a Birthday Offering to Gustave Reese, ed. J. LaRue and others (New York, 1966), 545–59

‘The Place of Aesthetics in Theoretical Treatises on Music’, Music Theory and the Exploration of the Past, ed. C. Hatch and D. Bernstein (Chicago, 1993), 217–32