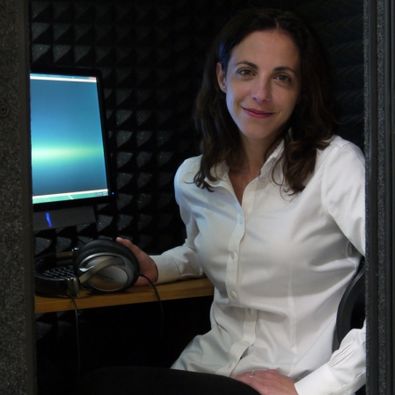 Elizabeth Hellmuth Margulis is Professor and Director of the Music Cognition Lab at the University of Arkansas.  She recently won the Wallace Berry Award from the Society for Music Theory for On Repeat: How Music Plays the Mind (Oxford University Press, 2013). Her research approaches music from the perspective of cognitive science. She is interested in the interface between musical structure and engagement, especially in listeners without formal training, and especially as it occurs dynamically across the course of the listening experience. Her book On Repeat: How Music Plays the Mind (Oxford University Press) received the 2014 Wallace Berry Award from the Society for Music Theory.Her past work has appeared in diverse journals including Music Perception, Journal of Music Theory, Journal of Cognitive Neuroscience, Music Theory Spectrum, Frontiers in Psychology, Computer Music Journal, Psychology of Music, Journal of New Music Research, Empirical Studies of the Arts, Review of General Psychology, Psychomusicology: Music, Mind, and Brain, Human Brain Mapping, American Journal of Bioethics, and Annals of the New York Academy of Sciences, as well as in the recently published Handbook of Music and Emotion. It has been featured in media outlets ranging from New Scientist Magazine to Readers Digest to the London Times, and on BBC and NPR. She blogs about music cognition at Psychology Today (Looking at Listening).She has presented at conferences including the International Conference on Music Perception and Cognition, the International Conference on Music and Gesture, the annual meeting of the Society for Music Perception and Cognition, and the annual meeting of the Society for Music Theory, and given invited talks at universities in the US, including University of Chicago, University of Pennsylvania, and New York University and abroad at such institutions as McGill University in Canada, University of Cambridge in the UK, and Tel Aviv University in Israel.She has been a fellow at the Santa Fe Institute Complex Systems Summer School and at the Mannes Institute for Advanced Studies in Music Theory (twice), as as well as a NEH Summer Scholar at the NEH Institute on Ethnomusicology and Global Culture. She is interested in arts advocacy, and received a Classical Music Initiative Grant from American Public Media.She has served on the Executive Board of the Society for Music Theory (SMT), as well as on the Board of Directors for the Society for Music Perception and Cognition (SMPC), and the Board of Editors of the Journal of New Music Research and the Board of Associate Editors for the journal Music Perception. She is also active in the arts life of her local community, having served on the Fayetteville Arts Council, the Board of the Fulbright Concerto Competition, and as the organizer of a monthly program featuring highlights from the Music Department on KUAF, the local NPR affiliate.She received the Faculty Gold Medal for Mentoring Undergraduates, started a campus-wide Cognitive Science Group, and won two grants to design new interdisciplinary courses at the University of Arkansas. She also continues to play and teach the piano.She has a B.M. in piano performance from the Peabody Conservatory of Music, where she studied with Veda Kaplinsky, and a Ph.D. from Columbia University. Before coming to the University of Arkansas, she was on the faculty of the music cognition program at Northwestern University. During the 2011-2012 academic year, she was a Visiting Fellow at the University of Cambridge in Cambridge, UK.Bio courtesy of her website.