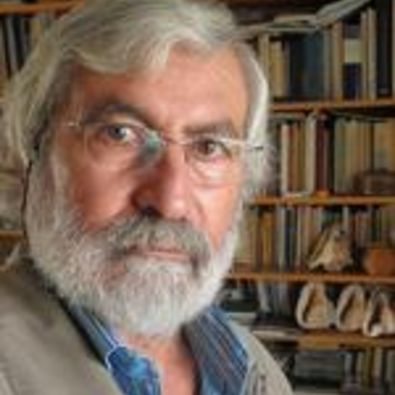 Faidros Kavallaris was born in Lapithos, Cyprus, in 1950. He has studied architecture and music. From an early age he showed an interest in composing, painting, poetry and ancient Greek drama. While still a student in London he writes music for Aristofanis's comedy "The Birds" (1971), composes "Woodwind Quintet" (1972) and organizes his first concert comprising his early songs (1973). ?n 1979 he played Prometheus Bound by Aischylos and composed "Awakeaing: Dionysiac revel" which was presented with dance after the play, by analogy to the ancient greek theatrical tradition of following a tragic trilogy with a satire play.After the tragic events in Cyprus in July 1974 - the military coup and the turkish invasion of the island he composed many cycles of songs related to this drama (himself being ? refugee and his birthplace Lapithos in north Cyprus being occupied by the turkish army). These songs, which were presented in numerous concerts, show the influence of the musical tradition of his native culture, something that will eventually become more conscious and more evident in his later work (he himself has been studying and performing traditional Cyprus "phones" and byzantine hymns as well as researching ancient greek music).Since the early 80's he has been following contemporary european music closely. He participated in courses and seminars at Centre Acanthes in France in 1983 and 1985 with Luciano Berio and Iannis Xenakis respectively, and at Darmstadt in Germany in 1984,1986 and 1992. He has studied with Yoshihisa Ta?ra ?t the Ecole Normale and has also attended classes with ?aul Mefano at the Paris National Conservatory of Music while under scholarship in France (1991-92). Meanwhile from 1984 he also studies the music and wider culture of the East. He lived and researched in India for a year (1984-85), and subsequently for two and ? half years in China - mainly at the Central Conservatory - (1987-90) and one year in Japan under "Japan Foundation" fellowship (1990-91).Concerts of his music were organized in Beijing and Tokyo. These included compositions for chinese and japanese instruments respectively: "?an Gu Kai Tian" for chinese percussion (1989), "Satori" for biwa, shakuhachi and devotional percussion and "Amaterasu" for Gagaku ensemble - imperial court music (1991). His concert in The Beijing Concert Hall was the first given in China by a foreign composer. ?? date he has composed a series of works influenced by all his various studies and experiences.Recent compositions combine accordingly elements from various musical traditions: the ancient greek and the byzantine, the popular and folk greek tradition and particularly the Cypriot tradition, the contemporary european and the musical traditions of the East (India, China, Japan). He also conducted concerts of his works in 1993 (sponsored by the European Union, the Goethe Institute and the French Cultural Centre), and 1994 (in the context of the "Kypria" international festival).Works by Faidros Kavallaris have been performed in Cyprus, China, Japan, England, Germany, Hungary, France, Greece, Mexico (World Music Days 1993), the USA, the Philippines (l8th Conference and Festival of the Asian Composers' League) and Italy. In May 1997 he has successfully defended his doctoral dissertation at Columbia University, New York: the composition "Enallax - Parallel ??" for lead percussion solo, two violoncellos and multiple duet (e.g. 4 woodwinds and 4 corresponding brass) and the study >; he was awarded the degree of Doctor of Musical Arts.Bio courtsey of Cyprus Music Information Centre.