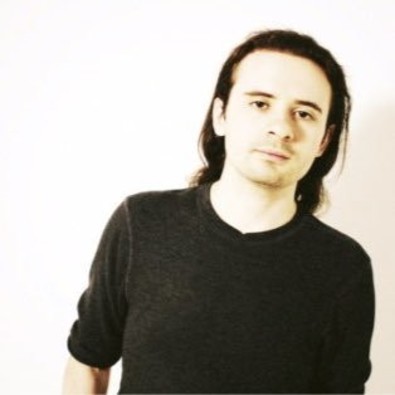 Frank Spigner is an artist, composer, and engineer who has been actively creating an evolving array of works in the form of sculpture, installation, music and sound works, and electronic media at the conservatory and gallery level, at music and art festivals, and at various concerts and exhibitions throughout the US. His work has appeared at such venues as Pioneer Works Center for Art and Innovation, New York’s The Stone, Experimental Intermedia Foundation, Judith Charles Gallery, BronxArtSpace, Issue Project Room, Basilica Hudson, Silent Barn, and Sweet Thunder Electro-Acoustic Music Festival among others. His performances include numerous collaborations such as performing the works of John Cage at the National Academy Museum & School with composer-performer, Du Yun, performing the work of composer, Joel Thome, at the International Music Therapy Conference, and working with sound art pioneer Liz Phillips on several installations and multimedia works. His work has been featured in publications such as Composers Circle, Submissions Magazine, he was a recipient of a scholarship from the Columbia University School of the Arts, and was named one of the “100 Best of 2015” in the category of Fine Arts by the Creative Quarterly Journal of Art & Design. Much of his current work takes on an intermedia approach, often involving the melding of several different mediums such as interactive audio-visual installations, welded metal sound sculpture, kinetic sculpture, homemade synthesizer circuitry, performance, and socially mediated public works. He studied Music Composition and Visual Arts at SUNY Purchase and is a recent graduate of the MFA program at Columbia University.