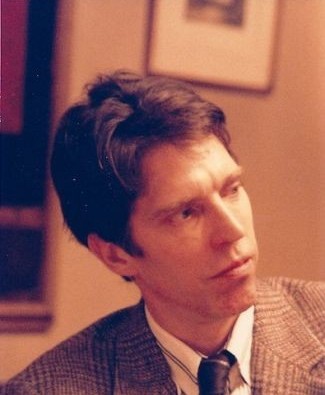 George Edwards (1943-2011), Edward MacDowell Emeritus Professor of Music, had a long and distinguished career at Columbia, in addition to his significant public career as a composer and critic. Edwards grew up in Wellesley, Massachusetts.  He attended Oberlin College, where his principal teacher was Richard Hoffman, and from which he graduated in 1965.  From 1965-68, he attended graduate school and earned the MFA at Princeton University, where he studied with Milton Babbitt, Edward T. Cone, and Earl Kim.  He taught music theory and composition at the New England Conservatory in Boston beginning in 1969. He won the Rome Prize in Composition in 1975, and in 1977 he was appointed Assistant Professor of Music at Columbia University in New York.  He was a Guggenheim Fellow in both 1980 and 1986, and earned tenure at Columbia in 1987, heading the composition program here from 1987 to 1995.  He also served on the Advistory Committee of the Alice M. Ditson Fund from 1988 to 2005, serving as the Committee's Secretary.  He served as Chair of the Department of Music at Columbia from 1996 to 1999. After his retirement in 2006, he was named Edward MacDowell Emeritus Professor of Music by Columbia's Board of Trustees.

From the notes to The Music of George Edwards (Albany Records, 2011): George Edwards graduated from Oberlin and then did graduate study at Princeton, where he studied with Milton Babbitt, Earl Kim and Edward T. Cone. He taught at the New England Conservatory and then moved to Columbia University in 1977 where he taught composition and theory until 2004 when he retired. George Edwards’ longtime friend and colleague, the composer and theorist Fred Lerdahl, identifies three basic strands in Edwards’ music. First, it is relentlessly contrapuntal. Second, Lerdahl notes that while the music is not truly serial, the works of twelve-tone composers have had a profound effect. Finally, the music shows a strong affinity for the lyrical intensity and harmonic richness of the late Romantic Austro-German repertoire. These three strands coalesce in important ways to form the essence of George Edwards’ unique compositional voice. With the release of this recording, we are fortunate to have the opportunity to engage with a composer of the first order.