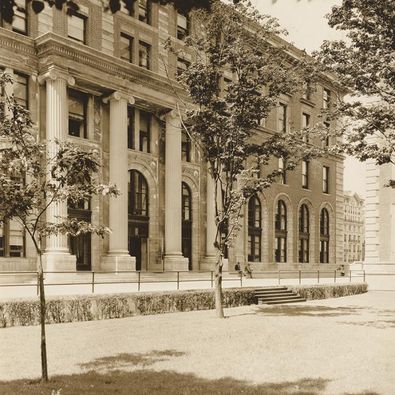 Hubert A. Doris graduated from The High School for the Performing Arts, New York City. He began his post graduate studies at Harvard College earning a Bachelor of Arts. He continued his studies with Nadia Boulanger in Paris for two years, and completed his education at Columbia University, where he earned the Master of Arts in Music.

He began his career at Columbia University as an instructor in the Department of Music, but soon transferred to Barnard College. During his tenure at Barnard College, he was the interim president of Mannes College of Music for two years, after which he returned to Barnard, where he taught various courses in music history, theory, and composition.

Hubert Doris was a professor with a wry sense of humor whose face brightened when he heard the music of Rameau.  He was able to impart the shocking originality and "avant-gardeness" of the ballet Les Indes Galantes. I have copied below the image of the same frontespiece of the score to that ballet that he showed us both by playing it AND by doing a bit of baroque dance. What a trip! Whenever I hear Rameau, Hubert Doris is not far away in my thoughts.