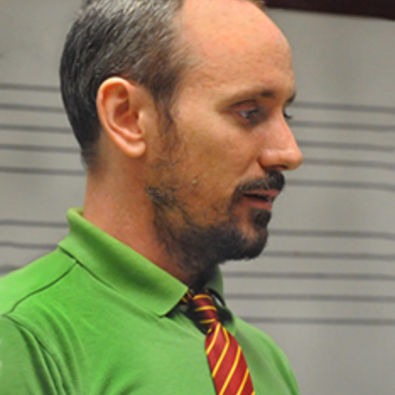 James Currie is an Associate Professor of Music in Historical Musicology at the University at Buffalo.Dr. Currie is a writer and performer whose work has been concerned with articulating the points of interaction and dislocation between music, history, philosophy, and politics. His scholarly writings have appeared widely, including in the Journal of the American Musicological Society, The Musical Quarterly, Popular Music, Music and Letters, Women and Music, and in a number of collections. His book, Music and the Politics of Negation, was published by Indiana University Press in 2012, and is simultaneously an extended political and philosophical critique of the pervasive postmodern ideologies of the contemporary academy, and an investigation into the continuing relevance of the founding principles of modernity and their articulation within the music of the Viennese Classics. Educated at Cambridge University (UK) and at Columbia University in New York City, where he wrote a dissertation on fugal counterpoint and Enlightenment thinking in the music of Haydn, Mozart, and Beethoven, he held a post-doctoral research position in the Society of Fellows in the Humanities at Columbia University and taught in the College of Music at Loyola University in New Orleans before coming to the Department of Music at the University at Buffalo in 2003 where he is now an Associate Professor.Since being at the University at Buffalo, he has concentrated on teaching courses on music history to undergraduates and music and philosophy at the graduate level, and has been involved in a number of creative projects with the graduate students, including writing, directing, and performing in the theatre piece Examples of Excess, which was put on at the Hallwalls Contemporary Arts Centre in Buffalo in December 2006, and writing the libretto for Diana Soh's opera Down the Lane, which was performed as part of the Tete-a-Tete contemporary opera festival in London in August of 2011. At present he is at work on completing a volume of poetry, entitled "The Mourning After," and has started work on a second scholarly book project concerning forgetting and the limits of culturally- and historically based methods of interpreting and assessing music and its value. Its working title is "A Time to Forget: Music and Context in a Troubled Time."Bio Courtesy of his faculty page.