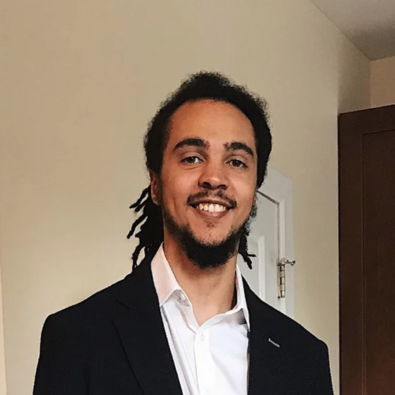 As a performer he has played in Europe, Africa, the Caribbean and the USA; with musicians from all over the world including Roman Filiu, Maher Beauroy, Tomas Sauter, Weston Olencki, Lester St Louis, Sam Yulsman, Barbara LaFitte, Jeremie Jolo, Lucy Clifford, Alexander Levin, etc.  He has been studying composition with Richard Carrick, Derek Hurst, Gabriele Vanoni, Andrew List, Marti Epstein, Manuel Kaufmann and Vuk Kulenovic, and Drums with Neal Smith, Tony “Thunder” Smith and Carlos Kort. Jessie has played at the Accra Jazz Festival and the Martinique Jazz Festival with the Maher Beauroy Trio, Rhythm and Thought Festival with High Key People, has been performed at NUNC3 at Northwestern University and New Music Gathering, and won the Leroy Souther’s Award (2015) and the Bill Maloof Award (2017) for his compositions. He was a finalist in the international composition competition ALEA III with his piece Earth for two Bassoons, and two of his compositions have been selected to be featured regularly on the NPR WGBH.

Jessie Cox graduated from the Berklee College of Music on scholarship in 2017, with a degree in composition.

Jessie Cox’s musical career began when he was only three years old. He took rhythm and solfège training at the music school of his hometown Biel/Bienne in Switzerland. At the age of six years his interest in percussion instruments started showing and he began taking Djembe lessons. This was also the time when he first started composing his own music.

When he was twelve years old he started playing the Drumset in different cover bands and he started taking lessons with the internationally acclaimed latin-music artist Carlos Kort.