Composition
Theory
Professor of Composition and Music Theory
In Memoriam 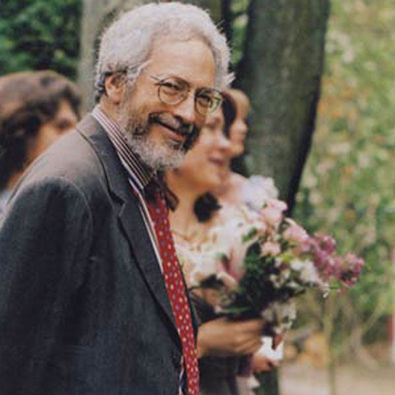 Professor of Composition and Theory at Columbia University since 1988, Jonathan previously taught at Oberlin Conservatory, Yale University and University of Cincinnati. He held visiting appointments at Wesleyan University, King's College of the University of London, the Canberra School of Music, the University of Western Australia, the Rockefeller Study Center in Bellagio (Italy), the Center for New Music and Technology (Berkeley), May in Miami, the ISCM Summer Workshop for Composers (Poland), and the European Mozart Academy (Poland). Jonathan served four years as Program Annotator of the San Francisco Symphony Orchestra, was Annotator of the Cincinnati Symphony since 1980, and a collection of his program notes, Listen to the Music, was published by Schirmer Books. He was the Cincinnati Symphony's Composer-in-Residence and New-Music Advisor from 1984 to 1992 and served as artist in residence of The Moebius Ensemble since 1997. Jonathan produced and hosted several local and national radio programs and represented American Public Radio three times at the International Rostrum of Composers in Paris.

Jonathan's honors included a Barlow Endowment Commission, the Ohio Governor's Award for Individual Artists, three composer Fellowships from the National Endowment for the Arts, an Independent Research Grant from the National Endowment for the Humanities, a fellowship from the New York Foundation for the Arts, the Alienor Harpsichord Composition Award, three Individual Artist Fellowship Grants from the Ohio Arts Council, the Koussevitzky Prize, and the Copland Grant.

Active as a theorist, Jonathan wrote numerous books and articles, and appeared over a hundred times as guest lecturer in the United States and throughout Europe and Asia. He was vice-president of the International Society for the Study of Time and served on the Publications and Program Committees of the Society for Music Theory. He was on the editorial board of Perspectives of New Music and was regional co-editor for the United States of Contemporary Music Review. His books include The Time of Music (Schirmer Books) and an edited collection, Time in Contemporary Musical Thought (Gordon and Breach). At the time of his death he had just completed a book on music and postmodernism and a cello composition for the American Holocaust Museum.