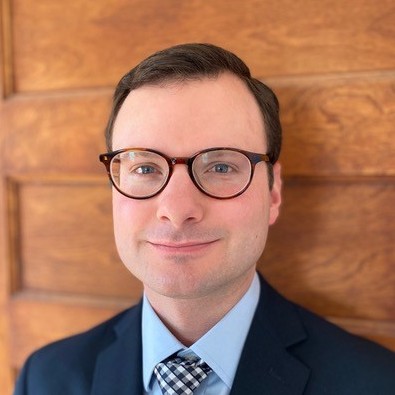 Jonathan Ligrani is a Ph.D. candidate in Historical Musicology whose research centers on Renaissance Italy, manuscript culture, materiality, and the Italian Madrigal. His dissertation, “Manuscript Culture and Patrician Identity in the Florentine Madrigal,” supervised by Giuseppe Gerbino, explores the social world of four manuscript anthologies of madrigals crafted in 1530s Florence, arguing that they participated in a culture whose practices aligned with and projected the elite identities of their owners, in distinction from the printed collections intended for the broad consumption and general tastes that dominated the genre’s dissemination from the 1540s onward. Jonathan received his B.A. in Music and studied viola at the University of Northern Colorado. He earned an M.A. in Musicology at The Pennsylvania State University in 2016, writing a thesis on the development of musical techniques for the portrayal of plaintive emotions in polyphony, entitled “The Language of Lament: Giaches de Wert and Claudio Monteverdi’s seconda pratica,” which was supervised by Marica Tacconi and read by Charles Youmans. In earning his M.A. and M.Phil. at Columbia University, Jonathan wrote a thesis, “Respighi’s Altarpiece: Musical Ekphrasis in Trittico botticelliano,” supervised by Walter Frisch and Giuseppe Gerbino. The work focused on the composer Ottorino Respighi’s orchestral representation of three Botticelli paintings in an imagined, sonic altarpiece, and its relationship to the Italian cultural spirituality and nationalism of the early twentieth century.

Jonathan maintains a commitment to musical education and pedagogical advancement within and outside of the academic classroom. At Penn State, Jonathan cofounded the PSU Society for Music Theory and Musicology, a student-operated organization for presenting research and hosting visiting scholars in a venue open to the broader community. He has served as the Student Representative for the AMS Allegheny Chapter, the student member for the AMS Committee on Communications and sub-committee on the Library of Congress Lecture Series, co-chaired and organized the 2019 Columbia Music Scholarship Conference, is an editorial board member of the journal Current Musicology, and was the program notes author for Opera Lafayette’s 2017 concert at the Kennedy Center and CUNY Graduate Center, “An Evening of Monteverdi.” He has authored a book review in Current Musicology and published an article on the courtier and musician, Giulio Cesare Brancaccio in The Literary Encyclopedia.