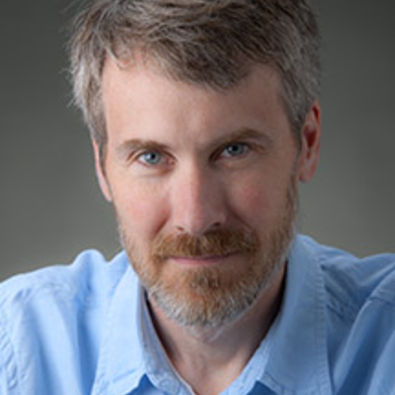 Jonathan N. Middleton is a composer based in Spokane, and a Professor of Theory and Composition at Eastern Washington University, where he teaches undergraduate and graduate courses in composition, theory, orchestration, and music informatics. His recent commissions cover a wide range of instrumentation that includes full orchestra, solo performers, and mobile phones.Since 2004 his works have been inspired by sources found in nature and numbers (redwoods, fish, mountain ranges, Phi, Fibonacci numbers, and harmonograms). His creative process relies on algorithmic processes and intuition to translate tangible elements and personal impressions from the natural world into musical ideas. An insightful article, in the journal "Leonardo" (41/2 2008), describes how he uses the "musicalgorithms" Web site to create a solid foundation for his music. During the 2007-08 academic year he served as a visiting scholar and composer at Stanford's Center for Computer Research in Music and Acoustics (CCRMA). There he completed a new work for mobile phones with performances at Stanford, Monterey, Belfast, and Helsinki. His orchestral pieces have been performed or recorded by the Czech Philharmonic, Kiev Philharmonic, Coeur d'Alene and Spokane Symphonies, and the Northwest Symphony Orchestra. Recorded works have been released by ERM Media and Paradox.Jonathan Middleton's development as a composer was guided by studies with  numerous composition teachers; most notably: Frederic Rzewski, Fred Lerdahl, William  Kraft,  Jonathan Kramer, Emma Lou Diemer, Ann Kearns, Daniel Warner, Peter Golub and  Pulitzer Prize winners Roger Reynolds and Lewis Spratlan. He also studied twentieth century compositional techniques with Kyle Gann and Tristan Murail. He obtained his Doctor of Musical Arts in 1999 from Columbia University where he was an Andrew W. Mellon Fellow at the School of the Arts.Bio courtesy of his website.