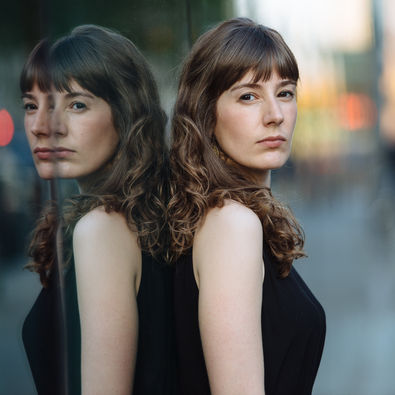 French-American pianist Julia Den Boer is a strong advocate of contemporary music. Based in New York city, she performs internationally as a soloist and chamber musician and has commissioned and premiered numerous works. She is committed to exploring and pushing her instrument’s boundaries through close collaboration with composers and has had the opportunity to work with some of the most prominent composers of our time such as Heinz Holliger, Philippe Leroux, Martin Matalon and Kaija Saariaho.

Recent and upcoming performances include solo and ensemble performances at Unerhörte Musik in Berlin, the CMC in Toronto, the Banff Center, Miller Theater (NYC), the North Carolina New Music Initiative, the SWR in Freiburg, New Music Concerts in Toronto, the MATA Festival, the International Computer Music Conference, the Klangspuren Festival in Austria, Poets Out Loud at Lincoln Center, and Manifeste at IRCAM.

Her performances have been broadcasted on Q2, CBC Radio 2, the SWR and France Musique.
In addition to her performing activities Julia is a dedicated educator. She is on faculty at Third Street Music Settlement and the Bloomingdale School of Music and maintains an extensive private studio in NYC.