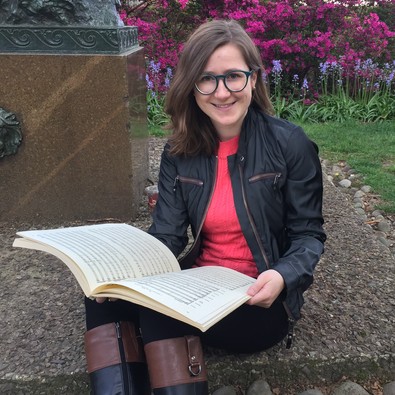 Julia Hamilton is Core Lecturer in Music Humanities at Columbia University, where she recently completed her PhD in 2021. Her dissertation, entitled “Political Songs in Polite Society: Singing about Africans in the Time of the British Abolition Movement, 1787 to 1807,” explored a set of scores whose textual and musical content critiqued Britain’s involvement in the transatlantic slave trade. These scores were included in the music collections of British women from the era, and thus represent a variety of musical activities through which women promoted abolitionism from their homes.

Dr. Hamilton has presented her research in numerous contexts. In 2021, she taught an undergraduate course at Columbia on musical opposition to slavery in Britain and the United States, which covered the period from the seventeenth century to the present day. She has spoken at conferences in musicology and eighteenth-century studies, including the American Musicological Society, the Society for American Music, the American Society for Eighteenth-Century Studies, and the International Society for Eighteenth-Century Studies. She has recently published an article entitled “‘African’ Songs and Women’s Abolitionism in the Home, 1787-1807” in Studies in Eighteenth-Century Culture (2021) and is currently working on a book project that traces the shifting musical approaches to British antislavery activism from the 1760s to the 1840s.

In addition to her research, she is an active singer, cellist, and director. In 2019, she directed a production of Stephen Storace’s opera, No Song, No Supper, in Columbia’s Music & Arts Library and currently stage-directs with the New Opera Workshop.