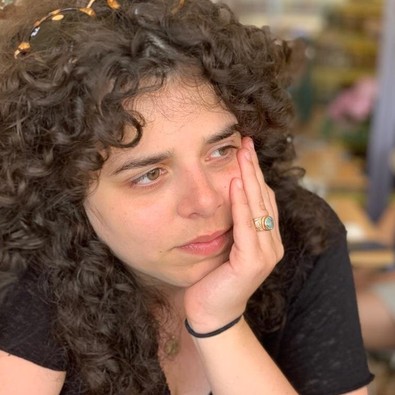 Lee Gilboa is an Israeli composer, artist and audio engineer. In her work Lee uses speech, audio spatialization and vocal processing, and engages with different themes around the sonic identity such as naming, representation, oppression and self-expression. While at Berklee College of Music where she was mentored by Neil Leonard, Dr. Richard Boulanger and Dr. Jeff Baust, Gilboa got to perform and collaborate with a wide variety of musicians, artists and technologists such as Rui Penha, Robert Rich, Amnon Wolman and Terence Blanchard.
Between 2017-19 Lee lived in New York and attended Columbia University's MFA Sound Art program, where she worked closely with Seth Cluett and Nikolas Kakkoufa. During this time she began her work as a curator for CT::SWaM's ExChange series at Fridman gallery with Daniel Neumann, and developed her debut album ‘The Possibility of Sonic Portraiture’, which was released by Contour Editions. Lee's work has been presented at venues such as Roulette Intermedium, The Cube in Virginia Tech, Fridman Gallery, Spectrum Multichannel Festival, Qubit Gallery, Fourthworld Festival, Arete Brooklyn, The Immersion Room in NYU and Resonance FM Radio anomg others, and participated in several master classes and artist residencies such as The Spatial Music Workshop (2018), IRCAM Manifeste (2019) and Atlantic Center for the Arts (2020).
Currently based in Providence, RI, Lee is a Ph.D. student at Brown University’s Music and Multimedia Composition program. Her current commissions include a 30-channel composition for The Honk-Tweet, and an electro acoustic composition for the group Verdant Vibes.