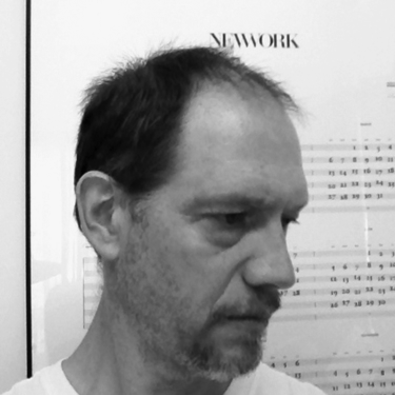 The American composer Mark Gustavson was born in Brooklyn, NY in 1959 and grew up in the Chicago suburbs. He began studying clarinet at eight and composing when he was sixteen. In high school he studied at the Music Institute of Chicago. He later went on to study clarinet and composition at Northern Illinois University, University of Illinois, Columbia University and Conservatory of Amsterdam (under Chinary Ung, Ben Johnston, Fred Lerdahl, Mario Davidovsky and Ton DeLeeuw).Recent works include Turning, a mixed chamber ensemble piece commissioned by Stony Brook University for their Premieres Concert, The Fisherman Songs, a 40-minute song cycle for bass/baritone and piano, and Hymn to the Vanished for string orchestra premiered by SONYC at Carnegie Hall.He has won honors from ASCAP, BMI, the American Academy of Arts & Letters, League-ISCM, New Music Consort, a finalist in the Alea III International Composition Prize and and the Gaudeamus Foundation. In addition Mr. Gustavson has been awarded the Joseph H. Bearns Prize in Music and a Fulbright Fellowship. He has received commissions from, among others, Stony Brook University, the Brooklyn Symphony Orchestra, Parnassus, Fromm Foundation, Koussevitzky Music Foundation and the New York Youth Symphony and his recently released album "Dissolving Images" on Albany Records was made possible by the generous support of the Fromm Foundation, the Alice M. Ditson Fund and Aaron Copland Recording Fund.Gustavson's works have been performed throughout North America and Europe and represented on prestigious festivals such as Sonic Boom, Tanglewood, Banff, Fromm and Gaudeamus. His works are published by C. F. Peters Corp. Go to Get Music for information on purchasing and renting performance materials.Bio courtesy of his website.