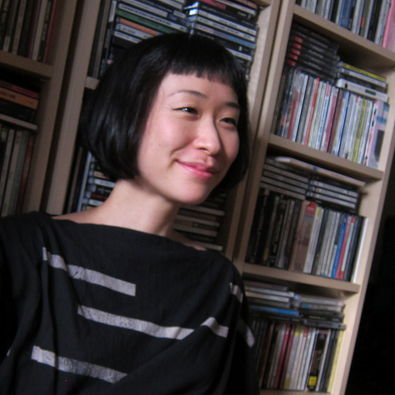 Miki Kaneda researches transcultural movements and the entanglements of race, gender, and empire in experimental, avant-garde and popular music in the 20th and 21st centuries. With a focus on Japan and the United States, the work on Japan studies experimental music as a transnational practice. Her current projects based in the United States use ethnographic methods to study connections between musical performance, labor, and collective care in experimental music. Kaneda’s recent work foregrounds Asian and Asian American feminist perspectives to analyze how notions of race and gender shape individual and collective narratives about experimental music. Her book project titled “The Unexpected Collectives, Transnational Experiments: Music and Intermedia in 1960s Japan” is under contract with the University of Michigan Press.

Kaneda’s publications on topics including the transnational flows of experimental sonic arts, art and the everyday, musical Orientalism, decolonial listening, graphic scores, and video game sound have appeared in ASAP/Journal, Twentieth Century Music, Journal for the Society of American Music, Oxford Handbook of Mobile Music Studies, Nihonkenkyū, Monumenta Nipponica, post.moma.org, Flash Art, and the San Francisco Chronicle. She regularly presents at national and international conferences and lecture series. Previously, she held fellowship positions at the Weatherhead East Asian Institute at Columbia University, Reischauer Institute of Japanese Studies at Harvard University, and the Museum of Modern Art, where she was a founding co-editor of the web platform post.moma.org.

Kaneda’s musical interests, including experimental music and contemporary Western classical music and gagaku (historical Japanese court music), have tended to be associated with spaces and institutions aligned with the centers of national cultural power. Yet, Kaneda engages with these practices as a woman of color, Asian American immigrant, and working parent. Her work aims to show that there is more to these musical practices than hegemonic narratives. In her research and teaching, she asks questions such as: _what was experimental music in 1960s Japan for the women whose works were excluded from the Exhibition of World Graphic Scores that John Cage saw when he visited Tokyo? How did an artist, as a homemaker and mother, shape her own version of the international avant-garde from her kitchen in an Osaka suburb? How does a Japanese American artist negotiate the histories of the violence of medical “experiments” on racialized and gendered bodies in her contemporary practice? In 2022, what does it take to be a professional musician working in new music as the daughter of South Asian immigrants?