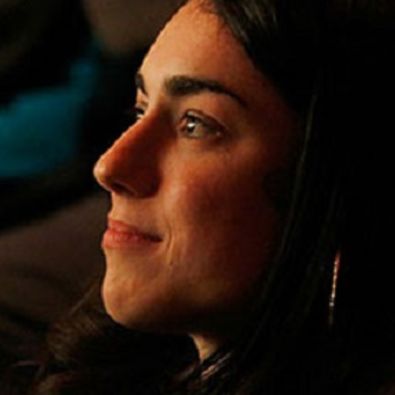 Naomi Sturm is a folklorist/ethnomusicologist with an expertise in the indigenous and mestizo traditions of the Americas as well as the NYC immigrant experience. Presently, she is the Director of Folklife at Staten Island Arts (formerly COAHSI). Sturm holds a Master’s Degree in Ethnomusicology from Columbia University and a Bachelor’s Degree from Bowdoin College with a double major in Spanish and Latin American Studies as well as a minor in Dance. Her public sector work, media publications, and writing deal extensively with: 1) issues of ethnic identity, political economy and cultural sustainability in NYC 2) ethics and design of community-driven archives, and 3) models for holistic economic development through cultural tourism. Since joining Staten Island Arts in 2014, Sturm initiated the Staten Island Folk Fellow Institute, which trains and employs local scholars in community documentation and event design, as well as the REDC funded project “Staten Island’s Working Waterfront: Maritime Folklife of New York City’s Forgotten Borough.” This exhibition and programming series aims to revitalize the social capital of Staten Island’s waterfront through cultural tourism that explores the rich intergenerational cultural traditions of Staten Island’s historic waterfront communities, as well as those of new immigrant communities from coastal regions and other water-based environments.

Sturm began her career in public-sector folklore, as a long time intern for the Community Cultural Initiative (CCI) program of the Center for Traditional Music and Dance (CTMD), where she worked with Gabrielle Hamilton, Eileen Condon, and Emily Socolov to conduct field research used to identify folklife practitioners and assess the artistic needs within NYC’s Mexican, Peruvian, Colombian, Chinese, and Haitian communities. Since then, she has served as the program coordinator and audio-visual specialist for Pachamama Peruvian Arts, an archivist for City Lore and the the Columbia University-housed Laura Bolton Archives, and a presenter for the Smithsonian Folklife Festival. Sturm is also the co-founder of the NY Quechua Initiative (a grassroots cultural project that supports the growth of NYC’s Quechua speaking community) and Los Herederos Inc. (a transmedia project focused on inheriting culture in the digital age). She sits on the boards of the New York Folklore Society, the Ghanaian Association of Staten Island, and the United States Sierra Leon Association.