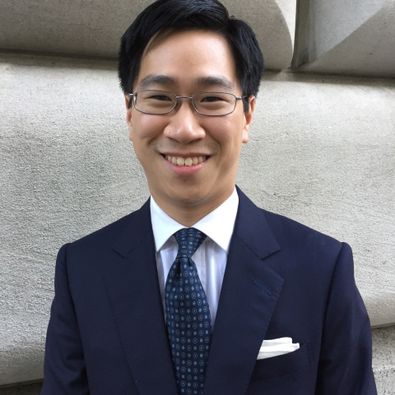 Nicholas J. Chong received his PhD in Historical Musicology from Columbia University in spring 2016. He has also been a visiting student at Yale University, and at the Graduate Center, City University of New York.  His research interests center on the music of the late Classical and early Romantic eras in Germany and Austria, focusing in particular on the relationship of music to religious, political and intellectual history; aesthetics and the philosophy of music; and reception history.  His dissertation, supervised by Prof. Elaine Sisman, was entitled "Beethoven's Catholicism: A Reconsideration."  This dissertation argues that both Beethoven and his religious music, especially the Missa Solemnis, were more heavily influenced by Catholic theological ideas than is usually thought, and focuses in particular on the connection between the composer and the Bavarian Catholic theologian Johann Michael Sailer (1751-1832), a now-obscure figure who was, in fact, the pre-eminent German Catholic theologian of his time.  Mr. Chong has presented papers related to this project at the national meeting of the American Musicological Society in November 2013, and, in May 2015, at a symposium entitled "Beethoven's Sacred Music in Context" at the Yale Institute of Sacred Music.  In addition to his work on Beethoven, Mr. Chong has also published a journal article on the musical quotations in the Act II Finale of Mozart’s Don Giovanni (Current Musicology, Fall 2011).

As of fall 2016, Dr. Chong is a Core Lecturer in Contemporary Civilization at Columbia University. As a teacher, Mr. Chong has served as instructor in two different courses within Columbia's interdisciplinary Core Curriculum: Contemporary Civilization, an introductory seminar on Western social, political, philosophical and religious thought (2013-14, and again in the 2015-16 academic year); and Music Humanities, an introductory class in Western art music (2011-13).  For his teaching in Music Humanities, he was awarded the Meyerson Award for Excellence in Teaching in the Core Curriculum.  Additionally, he has been a teaching assistant for two other courses in the Department of Music: History of Western Music II (for music majors) and the undergraduate survey course on jazz history.  From 2010 to 2013, he also worked as a consultant at the University Writing Center.

Mr. Chong is currently Secretary of the Greater New York chapter of the American Musicological Society, having previously served as its Student Representative.  In addition, he has been a member of the organizing committee for the Columbia Music Scholarship Conference, and of the editorial board of Current Musicology.

Prior to coming to Columbia, Mr. Chong earned a Bachelor of Arts degree, summa cum laude, in music from Yale University, where he was awarded the Wrexham Prize by the music department.  He also holds a Master of Music degree in orchestral conducting from the College-Conservatory of Music, University of Cincinnati, and remains an active performer, as a conductor and as a singer.  His conducting experience includes a professional engagement with the Kalamazoo Symphony Orchestra in Michigan.  He is currently a member and a conducting assistant of the Cecilia Chorus of New York and performs occasionally in solo singing roles with various Columbia ensembles.  Born in Singapore to Malaysian parents, Mr. Chong attended high school at Scotch College in Melbourne, Australia, before coming to the United States.