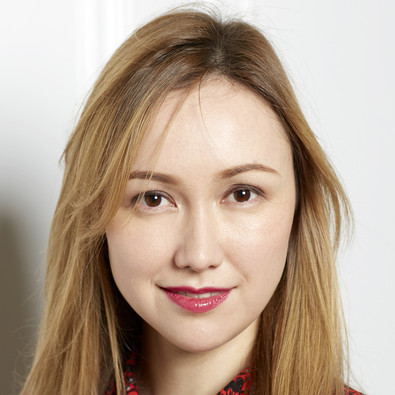 Born in Osaka, Japan, Nina moved to Lodz, Poland at the age of four. She graduated from the Grazyna and Kiejstut Bacewicz Academy of Music in Lodz, Poland with a Master's degree in Theory of Music and Bachelor's degree in Composition in the class of Prof. Zygmunt Krauze. In 2012, she studied at the Royal Conservatory of Brussels, Belgium as a participant of the Erasmus Exchange Program with Prof. Peter Swinnen, where she continued her education in the Master's program and graduated with distinction in 2016. In the field of electronic music, she has been guided by Krzysztof Knittel, Kasia Głowicka, and Benjamin Van Esser. Nina has taken part in numerous masterclasses and was an active participant of Impuls Academy in Graz, Austria; Synthetis in Radziejowice, Poland; Ferienkurse für Neue Musik in Darmstadt, Germany; Young Composers Meeting in Apeldoorn, the Netherlands; and Champdaction LAbO in Antwerp, Belgium. Her works have been premiered at the Musica Privata festival in Lodz, Poland; De Munt/La Monnaie in Brussels, Belgium; Muziekgebouw aan 't IJ in Amsterdam, the Netherlands; Musica Polonica Nova, festival in Wroclaw, Poland, Cuban-Norwegian Theater Days in Havana, Cuba; and have been performed by ensembles including the Arthur Rubinstein Lodz Philharmonic Orchestra, Koninklijke Muziekkapel De Gidsen, Wroclaw Improvising Orchestra, orkest de ereprijs, Hashtag Ensemble. She has collaborated with emerging new music ensembles from Europe, such as Ensemble Kompopolex, Down the Rabbit Hole, Nemø ensemble, and The Third Guy. With an international upbringing and as a result of being exposed to different cultural perspectives, Nina’s focuses center on intricacies of the modern reality and the Internet. In her works, she explores possibilities of communicating through music and other contemporary media by superimposing latent meanings with distinct images, within the context of tradition and mass culture. Her works inhabit a number of contemporary and experimental settings such as video scores and performance pieces with multimedia and live electronics, as well as orchestra and ensemble works. By maintaining collaborations with musicians, dancers and film artists, Nina continues to explore new possibilities for multi-disciplinary art.