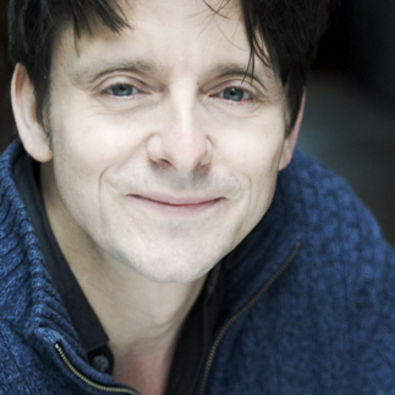 Oliver Schneller is a composer and, in 2014, a faculty member at Internationalen Ferienkursen fur Neue Musik, Darmstadt.Schneller grew up in Africa, Europe and Asia and studied in Germany and the USA. After completing a MA in political science and musicology at the University of Bonn he worked for the Goethe Institute in Kathmandu, Nepal (1990-91) on a project to support and sustain local forms of traditional musical practice. In 1994 he moved to the USA, first studying composition at the New England Conservatory in Boston, then at Columbia University New York as a student of Tristan Murail, where he received his doctoral degree in composition (2002) with a thesis on music and space. At the City University of New York he developed and expanded the CUNY Computer Music Studio. From 2000-01 he lived in Paris as a participant of the cursus annuel de composition et d'informatique at IRCAM/Centre Pompidou. As an assistant to Tristan Murail he taught composition and computer music at Columbia, and organized the "Lachenmann in New York" Festival in 2001. Throughout his studies, masterclasses with Salvatore Sciarrino, Jonathan Harvey, Brian Ferneyhough, George Benjamin and Vinko Globokar provided important orientations.Oliver Schneller's music has been performed at international festivals including Festival Agora Paris, Ars Musica Bruxelles, Musica Strasbourg, Festival Presences Paris, Maerzmusik Berlin, Witten Tage fur Neue Kammermusik, Ultraschall, Tremplins Paris, Les Musiques Marseille, musique action Nancy, Wintermusic Berlin, Karnatic Lab Amsterdam, Alternativa Moscow, the International Computer Music Conferences(ICMC) in Singapore and Goteborg, Musicaaoustica Beijing, Indaba South Africa, Aspen, Tanglewood Music Festival, "Frankfurt 2000" and the "Millenium Stage Series" at the Kennedy Center in Washington DC. His works have been performed by Ensemble modern, Ensemble Intercontemporain, MusikFabrik, Ictus, Percussions de Strasbourg, Speculum Musicae, Court Circuit, Ensemble Mosaik, Kammerensemble Neue Musik Berlin, Ensemble Courage, Antares, the Tanglewood Music Center Orchestra, and St. Luke's Chamber Ensemble. From 2002 to 2004 he was a compositeur en recherche at Ircam working on "Jardin des fleuves" a work for ensemble and live-electronic spatial processing ?.From 2006-07 Oliver Schneller was a fellow at the German Academy Villa Massimo in Rome, in 2010 he was the recipient of a Composers Award from the Ernst-von-Siemens Music Foundation ?. In 2011 he was a fellow at the Civitella Ranieri Foundation.As a saxophonist, Schneller has performed with ensembles such as the George Russell Big Band, the Gustav Mahler Youth Symphony under Seiji Ozawa, and the Tanglewood Music Center Orchestra as a soloist in Tan Dun's Red Forcast. He also worked with various jazz and improvisation ensembles in Cologne, Amsterdam, Boston and New York.Oliver Schneller has taught seminars on music, acoustics, psychoacoustics at Cornell University, the University of the Arts (UdK) in Berlin, the Norwegian Theatre Academy, and Kunitachi College of Music in Tokyo. He has a continued interest in all aspects of interculturality in music. In 2004 he was the artistic director of the "Tracing Migrations" Festival  ?, featuring the works of contemporary composers from Arab countries. In 2005 he was the curator of a project on Eastern and Western concepts of musical beauty at Berlin's House of World Cultures involving composers Toshio Hosokawa and Helmut Lachenmann, as well as a guest lecturer at the GLOBAL INTERPLAY project of Musik der Jahrhunderte Stuttgart.In 2009 he designed a 48-channel sound installation  ? as part of the exhibition TASWIR - Islamische Bildwelten und Moderne, curated by Almut Bruckstein.From 2009-10 Oliver Schneller held a professorship in composition at Stuttgart Conservatory of Music (sabbatical replacement position for Prof. Marco Stroppa). In 2013 he was a co-curator at Berlin's Maerzmusik Festival.Bio courtesy of his website.