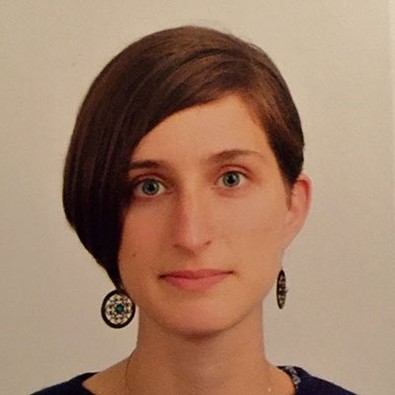 Though her music-making carries over into many instruments and genres, Rachel's training is primarily in classical flute. She currently studies at the Royal Academy of Music in London with Clare Southworth, Sam Coles, and Patricia Morris. Her other recent teachers include Nicolas Duchamp, Linda Chesis, and Susie Rotholz. From 2012-2014 she alternately served as associate and principal flute of the New York Youth Symphony. She has appeared in U.S. and world premieres at the Guggenheim Museum and Carnegie Hall, respectively. In 2011, Rachel was the winner of the Friday Woodmere Music Club Young Artists Competition, and she has performed as a concerto soloist with the West Point Band, the Hudson Valley Philharmonic, and the SUNY New Paltz College/Youth Symphony. Rachel was the Student Liaison on the board of the New York Flute Club from 2012-2014 and wrote regularly for the organization’s newsletter. She is currently the webmaster for that same organization.

Rachel is an avid chamber musician and has studied and performed at festivals in New York, Maine, New Hampshire, and North Carolina. She is also an active performer of new music and has collaborated with several young composers. Her crossover interests of technology and sound have lead her into electroacoustic performance. Her two-part undergraduate thesis examined how integrations of music and computer science present interesting practical, artistic, and philosophical challenges. Her paper “Coping with Cope: Artificial Creativity and Conceptions of Authorship” examined the technical implementation of and reactions to David Cope’s algorithmic composer, Experiments in Musical Intelligence, through the critical framework of literary theorist Roland Barthes’ essay “The Death of the Author” and Michel Foucault’s “What is An Author?” in order to discuss the question of authorship in the context of artificial creativity. The recital portion of her project involved building and programming a digital flute prototype and writing a piece for it, in addition to performing other electroacoustic works for flute at a lecture-recital.

Beyond her classical work, Rachel can also be heard as a studio musician on pop rock artist Ron Pope’s album “Calling Off the Dogs” (2014). She has traveled extensively in Peru to learn to play quena and antara, and wrote a book upon her return that was self-published and is available in limited distribution directly from the author. She has played in big bands, a klezmer ensemble, an indie band, and the contradance band Chiddle Flu. In 2015-2016 she studied traditional flutes and folk music in Bulgaria and Romania with the support of a Fulbright grant.