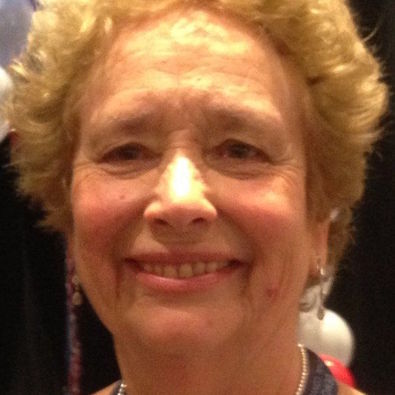 Rhea (Berenson) Jezer (MA, Historical Musicology, 1963) is President of Energy21 LTD. She was professor of music at Holyoke (Massachusetts) Community College from 1969 to 1983; a noted musician, she has performed extensively as a harpsichord soloist as well as conducting several choirs. She founded the Symposium on Energy in the 21st Century in 2005 and has been the director and chair since that time. She is an Associate Professor (adjunct) at SUNY School of Environment and Forestry, and was previously Senior Lecturer at Cazenovia College.  Dr. Jezer holds a Ph.D from Syracuse University in addition to the MA from Columbia and the BA from Brooklyn College.

As a Congressional Fellow on women and public policy at the Women's Research Educational Institute in Washington, DC (1990-91), Jezer penned major legislation for the encouragement of women and under-represented minorities to enter the fields of science and math. An environmental educator and policy advisor in New York State and nationally for decades, she was an environmental advisor for Senator Hillary Clinton for nine years, Rhea worked closely with Governor George Pataki, headed the CNY campaign for the Clean Water/Clean Air Bond Act in 1996, and was part of the Governor’s Superfund Reauthorization working group. She served on the transition teams for President Bill Clinton, Attorney General Eliot Spitzer, Governor Andrew Cuomo, and was a co-chair of the transition team for Attorney General Eric Schneiderman. She worked on the New York Leadership Team for the Hillary Clinton Campaign.

Jezer was awarded the Post Standard Achievement Award "for her contributions to making Central New York a better place", the Greening USA “Greening our Community Advocacy Award", NAACP Humanitarian Award, National Organization of Women "Woman of Power" Award, and Congressional Fellowship in Women & Public Policy (WREI). She was the recipient of the 2016 InterFaith Leadership Award from InterFaith Works for her work bringing environmental education to Central New York.