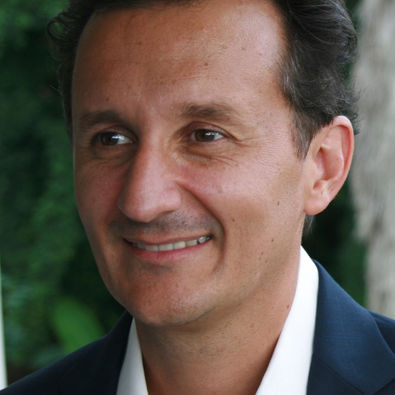 Richard Carrick, a Guggenheim fellow, writes music of spatial depth and robust stasis, characterized by continual development and the evocation of profound human experiences. Described both as "charming, with exoticism and sheer infectiousness" and "organic and restless" by The New York Times, Carrick's music is influenced by his multicultural background and experiences as well as his commitment to inspire professionals, audiences and youth through composition and live performance.

Carrick became Chair of Composition at Berklee College of Music in September 2016, after living a year in Kigali, Rwanda composing and developing teaching programs, including a new arrangement of the Rwandan National Anthem. He has presented masterclasses and lectures throughout the US, Europe, and Asia. He has been a teaching artist for the New York Philharmonic, through which he has mentored hundreds of young composers internationally. Carrick was Associate Adjunct Professor in Music Composition at Columbia in 2011 and 2013.

A US citizen born in Paris of French-Algerian and British descent, Carrick received his BA from Columbia University, PhD from the University of California-San Diego with Brian Ferneyhough, and pursued further studies at IRCAM and the Koninklijk Conservatorium in The Hague. His works are distributed by Project Schott New York.