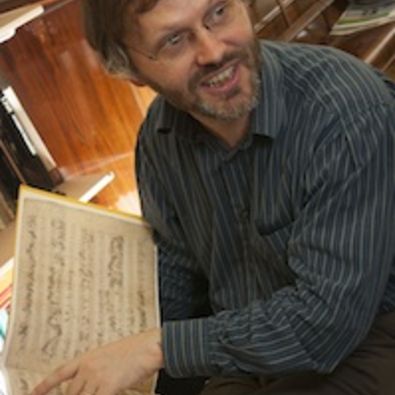 Simon Keefe is the James Rossiter Hoyle Chair of Music at the University of Sheffield.As Keefe writes on his faculty page: I took up the James Rossiter Hoyle Chair of Music (and the position as Head of Department) in April 2008, having previously been Professor and Head of Music at City University London. Born in Leicester, I am a graduate of Cambridge, Boston and Columbia Universities (PhD 1997) and have held lectureships at Christ Church Oxford (1997-99) and at Queen's University, Belfast (1999-2003). My primary research and teaching area is late 18th-century music, especially Mozart, but I also have research and teaching interests in 20th-century French popular song, Wagner, and the concerto genre. I have published eight books as author or editor since 2001, including most recently The Cambridge History of Eighteenth-Century Music (Cambridge University Press, 2009) and the monograph Mozart's Requiem: Reception, Work, Completion (Cambridge University Press, 2012), which won the 2013 Marjorie Weston Emerson award from the Mozart Society of America for the best book or edition published in 2011 or 2012.My article on Franz Sussmayr's completion of Mozart's Requiem in the Journal of the American Musicological Society (2008) was subsequently the subject of a 25-page Colloquy, the longest on a single article in the history of the world's premier musicological journal. My work has been translated into Spanish in Quodlibet: Revista de especializacion musical, 37 (2007), pp. 101-119 (translation of 'The Concertos in Aesthetic and Stylistic Context' from The Cambridge Companion to Mozart); into Portuguese in Diapason (Brazil) 1 (March 2006), pp. 44-7 (translation of 'Requiem' from The Cambridge Mozart Encyclopedia); and into German in Mozart-Studien (translation of a 9,000-word article on the history of performances of Mozart's Requiem, 2012).In 2005, I was elected to life membership of the Salzburg-based Akademie fur Mozart-Forschung of the Internationale Stiftung Mozarteum (as the only British member). I serve as the General Editor of the Royal Musical Association monographs series (published by Ashgate) and chair the Royal Musical Association Publications Committee; I am also on the editorial/advisory boards of the Journal of the Royal Musical Association (Routledge), Eighteenth-Century Music (Cambridge), Mozart-Jahrbuch (Barenreiter), Humanities (Basel: MDPI Verein) and the RMA Research Chronicle (Routledge), and am a member of the AHRC Peer Review College. In 2011, I ran eight study days at King's Place, London as part of a year-long 'Mozart Unwrapped' series of events. My non-musical interests include football, golf, and tennis; I am a life-long (and long-suffering) fan of Aston Villa FC.