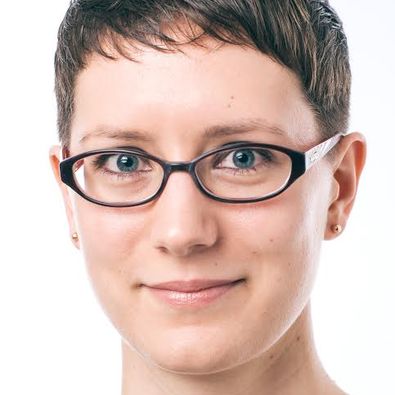 The music of composer, oboist and installation artist Sky Macklay (b. 1988) explores bold contrasts, audible processes, humor, and the physicality of sound. Her works have been performed by ensembles such as ICE, Yarn/Wire, Wet Ink Ensemble, Mivos Quartet, Dal Niente, The Da Capo Chamber Players, and Le Nouvel Ensemble Moderne. Her piece for the Lexington Symphony was the winner of the 2013 Leo Kaplan award, the top prize in the ASCAP Morton Gould Young Composer Awards. In 2015 her sonic and kinetic installation of inflatable harmonica-playing robots, Harmonibots, received the Ruth Anderson Prize from The International Alliance for Women in Music. She has been commissioned by The New York Virtuoso Singers, Chamber Music America, and the Jerome Fund for New Music. Her string quartet Many Many Cadences, recorded on Spektral Quartet’s Grammy-nominated album, also received an ASCAP award. As an oboist, Sky plays with Ghost Ensemble and has also appeared with Ensemble Pamplemousse, Counter)induction, and at the MATA Festival.

Originally from Minnesota, Sky is currently pursuing her DMA in composition at Columbia University where she studies with Georg Friedrich Haas, George Lewis, and Fred Lerdahl. She is also a 2015-17 Composers and the Voice Fellow with American Opera Projects. An enthusiastic practitioner of creative music education, Sky teaches at Columbia and at The Walden School Young Musicians Program in Dublin, New Hampshire, the country's largest summer school and festival for pre-college composers.