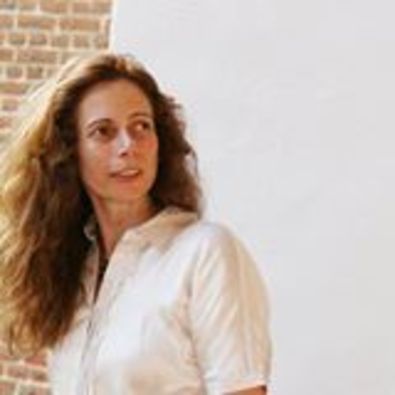 Sophia Serghi is the Professor of Music at the College of William and Mary in Virginia. Serghi studied with Vincent McDermott at Lewis and Clark College in Oregon from 1990-94, where she earned her BA cum laude, and then with George Edwards, Jonathan D. Kramer and Fred Lerdahl at Columbia University from 1994-98, where she earned her MA and DMA.  She also attended the Aspen Music Festival in 1992-93, where she studied with George Tsontakis, and the Oregon Bach Festival in 1995-96, where she studied with John Harbison, Robert Kyr and Judith Weir. In addition, she studied with Betsy Jolas at the Ecole des Arts Americaines in Fontainebleau in 1997 and has attended masterclasses with William Albright, Louis Andriessen, Theodore Antoniou, Jacob Druckman, Lou Harrison, Frederic Rzewski, and Joan Tower.Among her honors are the Fulbright and Presidential scholars (1990-94) and the Cheney (1992-93) and Rena Ratte (1994) awards at Lewis and Clark College and the Mellon Fellowship (1994-98) and the Edna and Boris Rapoport Prize (1995) at Columbia University. Other honors include First prizes in the Cyprus State Orchestra (1997, for Kavo Greko), the Athens Concert Hall Greek Composers (1998, for Sizzle) and the American Composers Orchestra Whittaker award (1999, for Panegyric) competitions.Most recently, she has received a commission and international broadcast from the European Union for the work Palingenesis, for orchestra, to celebrate the entrance of Cyprus in the European Union. Other recent commissions include the Nash Ensemble, Relache, the Cyprus National Theatre, the Athens Concert Hall and Helikon Saxophone Quartet. She served as artist-in-residence at the Cite International des Arts in Paris (2000, on a Virginia Atelier Award), the Banff Centre for the Arts (1998) and received the Salvatore Martirano Composition Award from the University of Illinois (2000, for Sizzle) and Third Prize in the Center for Mediterranean Music Composition Award (2002, for Flying Flowers). Bio courtesy of her faculty page.