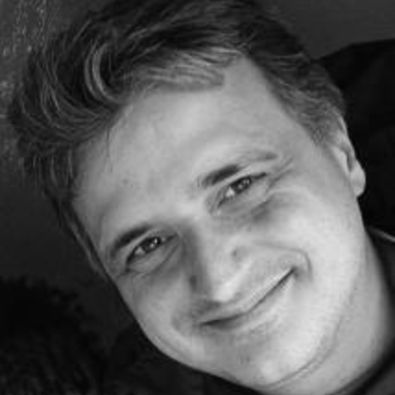 The American composer Steven Sacco was born in Brooklyn, New York. A composition and theory faculty member and past department co-chair at the Mannes College of Music in New York City, Sacco also teaches at Midland School in New Jersey and has taught at Rutgers University, Newark and at the State University of New York (SUNY) at Purchase.His work is performed internationally by some of today's leading soloists and ensembles. Critics praise him for writing "absorbing, poetic and passionate music that easily engages the sympathies and attention of a concert audience."  International tours have seen his work performed in Australia, Asia, Europe and North America.  Some highlights include:The United States Army Band "Pershing's Own," commissioned the "Music in Three Movements for Eight Trumpets"External Links icon for their mission to the 2010 International Trumpet Guild. in Sydney, Australia.  The ensemble gave premieres of the work in both Washington D.C. and Sydney. Czech NonetExternal Links icon, Europe's oldest and longest continuing performing chamber group, premiered his Divertimento on their 2009 American West Coast tour.  This piece was only the second American work commissioned by Nonet, the first being from the Pulitzer prize winning composer, Robert Ward. The American Brass Quintet premiered Sacco's Quintet for brass at the 2004 Aspen Music Festival.  The piece is his most performed work, with ensembles from around the globe touring the work each season.  The Quintet is featured on ABQ's album, "Jewels...a selection of concert favorites,"External Links icon recorded on Summit Records by multiple Grammy Award-winning producer Judith Sherman. In addition, Sacco's Fantasy for unaccompanied cello was commissioned by the Arts and Letters Foundation for the great British cellist, Steven Isserlis.  Isserlis performed the EU premiere at the Deal Summer Music FestivalExternal Links icon in 2001.  He subsequently recorded the piece for the soundtrack to the award-winning film, "The Enduring Call"External Links icon which had its premiere at the Houston WorldFest and had its EU premiere at the Cannes International Film Festival. Soprano Juliana Gondek gave the premiere of his "Three Songs on Poems by Emily Dickinson" at the 1996 Yaddo summer gala benefit in the music room of the Yaddo mansion with pianist Donald St. Pierre. Speculum Musicae premiered Sacco's Cello Concerto with cellist Eric Bartlett as soloist in 1995 on a Fritz Reiner Center concert at the Kathryn Bache Miller Theatre.His "Three Songs on poems of Emily Dickinson" for mezzo soprano and vibraphone was premiered at the Tanglewood Music Festival in 1983. While a student at Juilliard, Sacco performed one of the 8 Schauspieler roles in the Luciano Berio "Laborintus II" with the Electric Phoenix at the New York Philharmonic Horizons '86 festival, under the direction of the composer.In 2002, Sacco was elected to the Board of Governors of the American Composers Alliance (ACA) and served as board secretary from 2003-2005.Academic awards include grants from The Arts and Letters Foundation, The Alice M. Ditson Fund of Columbia University, The Corporation of Yaddo, The MacDowell Colony Inc., The Helene Wurlitzer Foundation, The Andrew W. Mellon Foundation, The Geraldine R. Dodge Foundation, and others. Steven Sacco's music is published by ACA and Hickman Music Editions.  He holds a doctorate from Columbia University, a M.F.A. from Princeton University, and bachelor's degree from the Juilliard School. He resides with his wife and two children in New Jersey. Bio courtesy of the ACA.