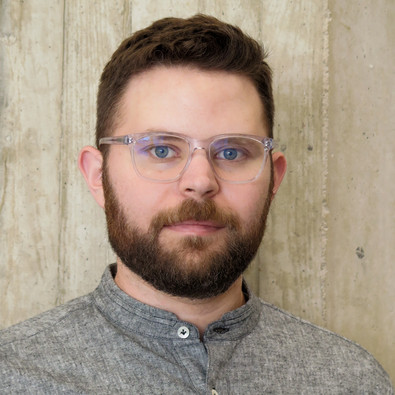 Ted Gordon is a musicologist and musician whose work lies at the nexus of experimental music studies, critical organology, and science & technology studies. He earned a PhD in the History and Theory of Music from the University of Chicago in 2018. His dissertation, “Bay Area Experimentalism: Music & Technology in the Long 1960s,” follows the diffractive power of musical experimentation at the San Francisco Tape Music Center, leading not only to new models for composerly production, but also new cybernetic paradigms for instrument design, new concepts of self and embodiment, and new models for creative communal living.

Ted’s research has been supported by the New York Public Library, and he has written for the Library of Congress, the American Musicological Society’s Musicology Now Blog, and Cultural Anthropology’s “Theorizing the Contemporary” series. His research continues to explore and critique the musical, social, and political consequences of intersections between experimental auditory culture and technoscience.

From 2016 to 2018, Ted taught introductory courses on music at the University of Chicago, and assisted several interdisciplinary courses at UChicago’s Gray Center for Arts & Inquiry. In 2018, his new course, “A History of Electronic Music in Ten Instruments,” won the University of Chicago’s Stuart Tave Teaching Fellowship, and became included in the Media Arts & Design Minor.

As an improviser, Ted performs with the viola and the Buchla Music Easel.