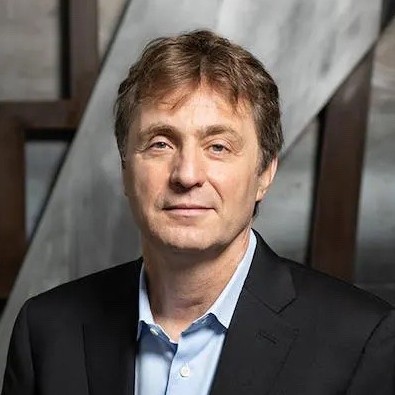 Dr. Rikakis joins the Academy from Virginia Tech, where he was professor of Bioengineering, professor of Performing Arts, and co-led the Virginia Tech Carilion Smart Rehabilitation Lab and the Interactive Neurorehabilitation Lab. He was the founding director of the Calhoun Discovery Program (CDP) and director of the Calhoun Center for Higher Education Innovation – both of which exemplify his visionary leadership and dedication to developing new education paradigms to prepare students to be creators and leaders in the ever-shifting world of the 21st century.

Prior to establishing the CDP, Dr. Rikakis served as Virginia Tech’s executive vice president and provost and has held leadership positions at Carnegie Mellon University, where he founded the Integrative Design, Arts and Technology (IDeATe) network; Columbia University where he served as associate director for research and development of the Computer Music Center; Aristotle University of Thessaloniki (Greece); and Arizona State University where he was the founding director of the School of Arts, Media and Engineering. His leadership in establishing new educational programs builds upon his research interests which include systems design, engineering, and the arts with a special focus on interactive neurorehabilitation, adaptive learning, experiential media, and cyber-human intelligence.

His groundbreaking work has received grants from the National Science Foundation, National Institutes of Health, and National Endowment for the Arts, and a range of industry partners. He has led gift efforts from philanthropy and industry totaling more than $75MM.

Dr. Rikakis has authored 45 publications spanning the fields of computing, engineering, health, education, design, and the arts. Additionally, Dr. Rikakis has composed 30 original music compositions that have been performed internationally.