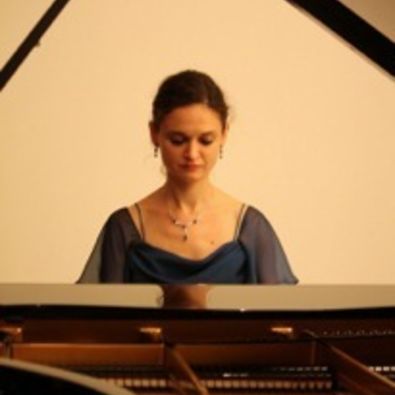 Victoria Tzotzkova has performed widely as both recitalist and chamber musician, most notably at Carnegie Hall’s Weill Recital Hall, Steinway Hall, the Miller Theater, the Bulgarian Consulate General in New York, the Tsai Performance Center in Boston, Bulgaria Concert Hall in Sofia, Bulgaria, as well as in France and Switzerland. Among her performance awards are the Lucy Boyan Balakian Award at Steinway Hall, First Prize at the Chautauqua Festival Piano Competition, First and Grand Prizes at the New York MTNA Yamaha Competition. She is a founding member of Vek Chamber Ensemble based in Sofia, Bulgaria.  She is currently a Teaching Fellow at Harvard University.

Growing up in Bulgaria, Tzotzkova studied at the National Music School in Sofia, regularly performing in concert and making several recordings for the National Television and Radio. She continued her studies at the Manhattan School of Music with Ms. Rosetta Goodkind. She has also worked with Alexis Weissenberg, Philippe Entremont, Philippe Bianconi, Emile Naoumoff, Herre-Jan Stegenga, Jacob Lateiner, Patricia Zander, Peter Takacs.

Victoria is also a theorist involved in humanistic and cultural research in music. She completed her PhD in music theory at Columbia University, with Professor George E. Lewis as her principal advisor. Her doctoral dissertation, “Theorizing Pianistic Experience: Tradition, Instrument, Performer,” focuses on sound in piano performance and foregrounds the improvisatory aspects of a classical pianist’s work with sound. Her research work has been supported by grants from the Mind/Brain/Behavior Initiative at Harvard University, and the Reid Hall Institute for Scholars in Paris, France, and has been invited for presentation at Columbia University, Harvard University, Indiana University, the Eastman School of Music in the US, as well as at Cambridge University, Durham University, the Royal College of Music, London, UK, and in Canada and Germany.

As a performer-theorist, Tzotzkova enjoys keyboard harmony and period improvisation, which she has pursued in the Nadia Boulanger tradition at the European American Musical Alliance, the Naoumoff Piano Academy, and the American Conservatory at Fontainebleau, France. At these institutes, Tzotzkova has also worked with composers and premiered works by Ori Talmon and Christopher Jette.