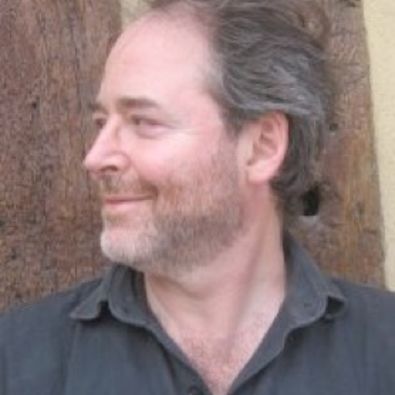 After completing his doctorate at Columbia University in New York, French-born American musician Wade Matthews moved to Madrid and became active on the international improv scene. Drawing on his work at the Columbia-Princeton Electronic Music Center (His doctoral dissertation was on improvisation guided by electronic sounds) he approached the bass clarinet and alto flute as "acoustic synthesizers," rethinking their sonic possibilities, phrasing, and relation to breath in a musical language based on real-time creation. When faster processors made laptop synthesis viable, Matthews gradually abandoned the woodwinds and returned to his first love, tweaking a virtual synthesizer to allow very rapid control of sound parameters for solo playing and dialog with others. In 2007, he founded INTERMEDIA 28 with photographer Adam Lubroth and guitarist Julio Camarena. There, he began to combine field recordings with electronic synthesis in a 2-computer setup that has since become his main instrument.Matthews has presented his work on five continents, including performances at the Museum of Modern Art in New York, the National Center for the Arts in Mexico City, the Teatro Colon in Buenos Aires, the Reina Sofia Museum of Contemporary Art in Madrid, The Stone, in New York; Fylkingen, in Stockholm, and concerts and festivals in London, Paris, Berlin, San Francisco, Montevideo, Barcelona, Beirut, Cape Verde, Lisbon, Dublin, Oslo, etc. Besides his concerts, Matthews is interested in sharing ideas about music and his activity as a lecturer and visiting professor has taken him to the Paris Conservatory, the University of California, San Diego; the California Art Institute, Columbia University, the Universidad de las Americas in Puebla, Mexico; the American University of Beirut, Limerick University in Ireland, and many, many others.Bio courtesy of his website