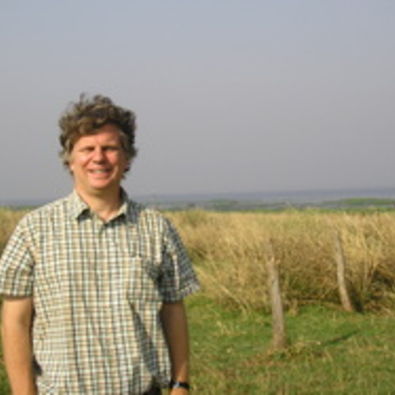 Rick Bassett is a composer, pianist, arranger and orchestrator in New York City. He is a member of the BMI Lehman Engel Music Theatre Workshop, currently writing a new musical with playwright/lyricist Jessica Fleitman.Most recently, Rick orchestrated three songs for Sutton Foster's concerts with the National Symphony Orchestra at the Kennedy Center in Washington, DC, November 2014.  His orchestrations will also be heard in the 2014 holiday concerts by the New Jersey Symphony Orchestra.On Broadway, Rick is an orchestrator for "Violet," as well as "Caroline, or Change" and "Twelfth Night" at Lincoln Center.  Rick has also done a number of orchestrations for Broadway Pops, International. Rick was synthesizer programmer for Ahrens and Flaherty's "Little Dancer" at the Kennedy Center, Oct/Nov. 2014; "Violet" Broadway, 2014; and the touring production of "Nice Work If You Can Get It" 2014-15.In May, 2013, Rick was a Fellow at the John Duffy Composers Institute at the Virginia Arts Festival, Norfolk, VA.He is the composer and musical director for "Burning Up!" a musical comedy movie short and 10-minute musical, written with Pamela Weiler Grayson.Rick co-produced, composed and orchestrated for the Grammy-nominated CD "Beautiful Star" by The CenturyMen chorus. For television, he has scored numerous network documentaries including the ABC daytime Emmy-nominated "Circle of the Earth." He has also produced, composed, arranged and orchestrated recordings for several best-selling Silver Burdett/Sony music education textbook series, including "Making Music," "The Music Connection," and "Bridges to Asia."Rick has taught at Columbia University, Yared School of Music at Addis Ababa University; EECMY School of Jazz Music in Ethiopia; and Kunitachi College of Music in Toyko, Japan. While living in Ethiopia, he performed in the Ethio-Latin band "Eshee Havana," and co-directed the Motley Singers.  Rick wrote the music, book and lyrics to "Hope" a musical comedy set in Uganda, which was performed in Kampala, Uganda in June 2007.Rick's music has been performed frequently by choirs of the First Presbyterian Church in the City of New York; Bradley Hills Presbyterian Church, Bethesda, MD; Societe Chorale de Saint-Lambert, Quebec; and many others.Rick received a Fulbright Grant to study at IRCAM in Paris, and holds degrees from Yale, New England Conservatory, and Columbia University.Bio courtesy of his website.