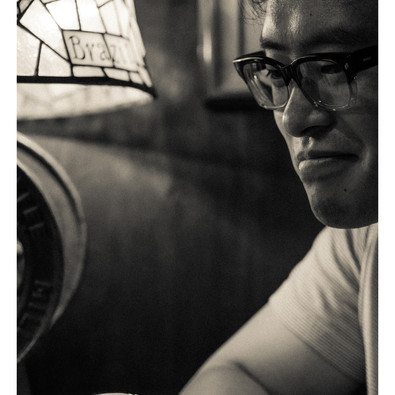 As a composer, Onishi is interested in exploring a wide range of instrumental timbres and finding ways to incorporate them in musical syntaxes and forms that disrupt the sense of expectation. Utilizing highly integrated musical structures, his recent works explore ways to suggest the connections between music and other fields of arts and humanities, as well as worldly phenomena of today. With his 2010 work Départ dans…, he was awarded the Gaudeamus Prize 2011, one of the most prestigious awards given to young composers. With his Tramespace, diptych for large ensemble (2012-15), he became a two-time finalist for the Akutagawa Award in Music Composition in Japan, in 2014 and 2016. He is named a 2018 Guggenheim Fellow. Other recent honors include an artistic residency fellowship from Civitella Ranieri Foundation in Umbertide, Italy, as well as a commission from Ensemble Intercontemporain as a result of Projet Tremplin and the 2018 Fromm Commission.

As a conductor deeply engaged in promoting the music of today, Onishi currently serves as Co-Director for the Mizzou New Music Ensemble. He was one of the founding members of Ensemble Exophonie Tokyo and its Artistic Director/Conductor/Composer Associate. Recent conducting engagements include a portrait concert of Makoto Shinohara at Tokyo Opera City in July 2021 and a concert “An Evening of Today 2014” with Nieuw Ensemble in Amsterdam, The Netherlands. Previously he served as an assistant conductor to the Columbia University Orchestra from 2011 to 2013. He has conducted many ensembles and orchestras, working closely with composers of his generation.

As a clarinetist and improviser, Onishi has collaborated with composers George Lewis, Carolina Heredia, Oswald Huỳnh, Bret Bohman, and Andrew Crossley. Together with Santiago Beis, he plays in the Onishi-Beis Duo, an electroacoustic improvisation duo.

Onishi's works are published by Edition Gravis in Berlin, Germany. His website can be found at: http://www.yoshionishi.com.