This topic is intentionally open-ended, and anything related to these themes will be enthusiastically considered.

We encourage submissions not only from Music History, Ethnomusicology, Music Theory and Composition, but also from the broader field of sound studies across humanities disciplines. We also welcome papers that include musical performances and other unconventional presentation elements.

The conference is open to all participants, although we encourage submissions from graduate students and early-career scholars.

Submission Guidelines:
Papers should be no longer than 20 minutes and will be followed by 10 minutes of discussion (each paper will be allotted a half-hour slot).

Abstracts of no more than 250 words should be submitted by email in pdf or doc format to columbiamusicscholarship2020 [at] gmail.com by January 31, 2020.

Authors will be notified regarding accepted proposals by February 7, 2020.

Please use our Eventbrite page to RSVP to the conference.

Grounded in archival research, Sarah Fuchs’s scholarship cuts across disciplinary boundaries, bringing together musicology, print culture and media studies, and nationalism studies to articulate new understandings of late eighteenth-, nineteenth- and early twentieth-century operatic cultures. She is currently working on two books: Opera on the Line: A Technological History of French Operatic Culture, 1870-1914, which focuses on the new modes of operatic consumption, pedagogy, and performance that emerged in France alongside the telephone, the phonograph, and the camera, and Singing Beyond the Stage: Operatic Sheet Music in Britain, 1780-1837, which investigates the cultural history of operatic sheet music published in late eighteenth- and early nineteenth-century Britain. Dr. Fuchs’s work is forthcoming in Cambridge Opera Journal and the edited collection London Voices: 1820-1840. 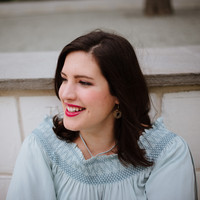 Gabrielle received a Bachelor's of Arts in Music and a Bachelor's of Arts in English Literature from Southern Methodist University in 2017. Her interests are in 20th-century art song and opera, particularly the intersection of gender and sexuality in American and English song after World War I. Further interests include music and trauma, opera staging, and music and poetry. She won the George S. Bond Poetry prize for her essay on Benjamin Britten's War Requiem, which was published in Nota Bene in 2017. 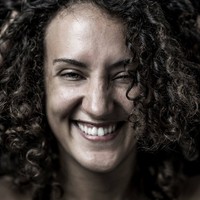 Althea SullyCole grew up in the greater New York City region. She received a B.A. in Ethnomusicology at Barnard College, Columbia University in 2012 and an M.A. with Distinction in Music in Development at the School of Oriental and African Studies, University of London in 2016. She has worked with a number of hip hop, afrobeat, jazz, fusion and dance ensembles as a singer, guitarist and korist.