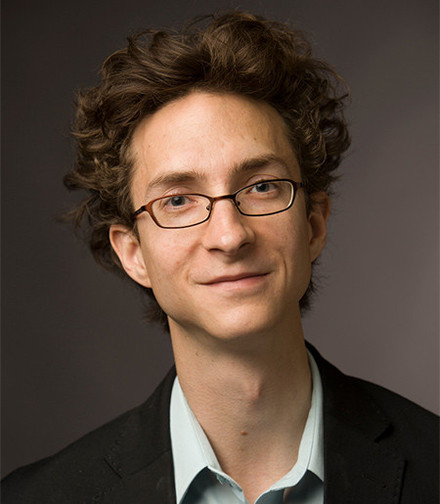 "Listening Otherwise in and to Classical Persian Poetry"

For many classical Persian poets, music's ethereal modes of communication embody the somatic “taste” of suprasomatic divine realities. Through an oscillating dialectic of revelation and concealment, the performance of the ‘spiritual concert’ or the act of ‘spiritual audition' – both encompassed by the term samā‘ – is simultaneously a conduit for the transcendent harmonies of the cosmos and an instrument of music's own transcendence. Proper hearing is not delimited by the audible spectrum available to the material ear, for this external sense must yield to an internal sense, signified by the gūsh-i jān and gūsh-i dil, the “ear of the soul” and “ear of the heart.” These auricular metaphors of listening through other ears – of listening otherwise – reveal that the act of "re-mediated listening" is not merely the historical artifact of a modern perspective on a "lost," pre-modern musical tradition. Rather, re-mediated listening is always already embedded in medieval Persian poetic practice. The role of the auditory in the Persian poetic imaginary is, in short, a media theory. The motivations for and implications of this claim are the subject of my lecture.

Andrew Hicks’ research focuses on the intellectual history of early musical thought from a cross-disciplinary perspective that embraces philosophical, cosmological, scientific and grammatical discourse in Late Antiquity and the Middle Ages, and spans the linguistic and cultural spheres of Latin, Greek, Persian, and Arabic. His first book, Composing the World: Harmony in the Medieval Platonic Cosmos, was published by Oxford University Press in 2017. He has collaborated with Fr. Édouard Jeauneau on an edition of John Scottus Eriugena’s Commentary and Homily on the Gospel of John(CCCM 166, Brepols 2008), and their collaboration continues with the forthcoming first edition of William of Conches’ Glosulae super Priscianum (Brepols). His published essays range across the history of music theory, Pythagoreanism, the reception of Martianus Capella, textual criticism, and musical metaphors and modalities in Classical Persian literatures. His new book project, tentatively titled The Broken Harp: Musical Metaphor in Classical Persian Literature, focuses on the Near Eastern reception of Greco-Roman harmonic theory. For this project he was recently awarded a Berlin Prize from the American Academy in Berlin.

Hicks is cross-appointed to the Program in Medieval Studies, where he serves as the resident Medieval Latinist, is a member of the Graduate Fields of Classics, Near Eastern Studies, the Religious Studies Program. He teaches undergraduate courses in music history and theory, and graduate seminars in the history of music theory, medieval Latin literature, Latin paleography and codicology, medieval cosmology, philosophical commentaries, and musical thought in medieval Arabo-Persian cultures.