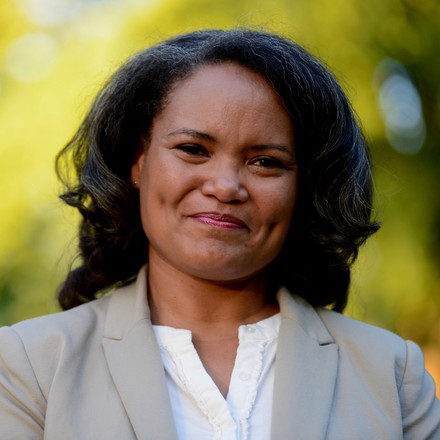 Colloquium: Friday, March 25, 2022, at 3pm, 622 Dodge Hall
Ayana Smith (Indiana University Bloomington / Italian Academy, Columbia University)
"Specularity, or What a Comet, the Telescope, and Mirrors Have to do with Seventeenth-Century Opera"

Bio: Ayana O. Smith is Associate Professor in Musicology in the Jacobs School of Music at Indiana University. She completed her doctorate in music history at Yale University, and her undergraduate degrees in Latin and music at Swarthmore College. She has received fellowships from the Mellon Foundation, the Social Science Research Council, the Woodrow Wilson National Fellowship Foundation, and the National Endowment for the Humanities/American Academy in Rome. Her interdisciplinary background in vocal performance and classical Latin, with supplementary coursework in art history, has led to a research career engaging rhetorical meanings in text, image, and music.

She is the author of the 2019 book Dreaming with Open Eyes: Opera, Aesthetics, and Perception in Arcadian Rome (University of California Press); this book demonstrates the importance of visual culture in literature and philosophy within the environment of the Arcadian Academy in Rome, emphasizing how the academy’s visual theories influenced operatic production at the end of the seventeenth century. Her research on Italian opera also appears in the journals Eighteenth-Century Music and Music in Art, while her research on African-American music appears in the Journal of the American Musicological Society and in Popular Music. Her book Race and Representation in the Music History Classroom: Leading Change through Pedagogy is scheduled to be published with Routledge in 2022. She serves on the board of directors for the American Handel Society, the editorial board of the Oxford University Studies in the Enlightenment, and is the Vice President for the Society of Seventeenth Century Music.

Her project during the fellowship period at the Academy continues her work on visual culture in seventeenth-century Rome, this time studying how ocular fascinations (comets, scientific instruments, artistic illusions) created both delight in—and distrust of—the eye, leading to shifts in popular and intellectual discourse that helped define the early Italian enlightenment. This project will result in a book titled Specularity: Opera, Art, and Science in Rome, 1680-1710.